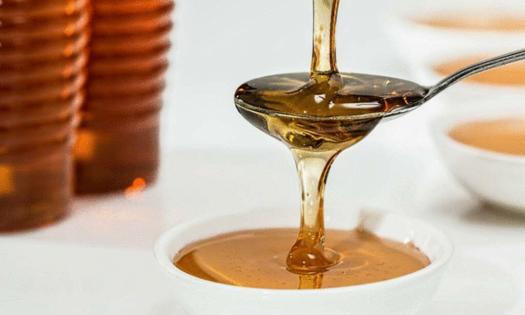 Research shows that formulating a cannabis extract as a syrup improves the anti-inflammatory effects, in part from the propylene glycol added to the syrup as a carrier.

This article originally appeared on Extraction Magazine and has been reposted with permission.

The anti-inflammatory properties of cannabis have been well established. [1] However, not much is known about cannabis syrups as an alternative method of delivering cannabinoids orally. A group of researchers from the University of Benin, Nigeria, have shed light on the potency and stability of cannabis syrups. [2] Methods Used The cannabis syrup contained 100 mg/mL of a crude cannabis extract, sucrose, aspartame, propylene glycol as a carrier, and ethylenediaminetetraacetic acid (EDTA), and sodium metabisulphite (SMBs) as stabilizers. These were made into strengths of 5.0 and 10.0 mg/mL in 50 mL. Photo by Pixabay Stability was assessed under conditions with accelerated temperatures. Anti-inflammatory activity was evaluated using paw edema induced by egg albumin in an animal model. The Reitman and Frankel colorimetric method was used to assess the biochemical assay. Results The crude cannabis resin and syrup formulations caused varying degrees of anti-inflammatory effects (suppressing paw edema) that was dose-dependent. The activity was, however, more pronounced in the syrup formulations as compared to the crude extract. Interestingly, propylene glycol, used as a carrier, significantly increased anti-inflammatory activity.

The researchers hypothesized that “[t]he improved anti-inflammatory activity of the syrups over the crude extract could be partly attributed to the solubilizing power, increased polar pathway for maximum absorption and favourable partitioning of the anti-inflammatory constituent(s) of the extract by propylene glycol.”

The degradation of cannabis produces thermodynamically unstable compounds that may be hard to separate. [3] This happens following reactions causing decarboxylation and isomerization. In the process, THC and other unstable components may be lost. Therefore, stabilizers may be used to prolong the shelf life of cannabis syrups: 20-160 days in sodium metabisulphite-containing syrup and an additional 2204 days in EDTA-containing syrup. Conclusion This research shows that formulating a cannabis extract as a syrup improves the anti-inflammatory effects, in part from the propylene glycol added to the syrup as a carrier and also the cannabis extract itself due to THC and cannabinol (CBN). The degradation that occurs due to exposure to stressful conditions follows the first-order kinetic model. Stabilizers such as EDTA and SMBs enhance the stability of labile components, thereby increasing the shelf life by approximately 99%. The addition of SMBs and EDTA help to prolonged shelf life without causing significant biochemical or haematological changes in the subjects. [2] References 1- Nagarkatti P, Pandey R, Rieder SA, Hegde VL, Nagarkatti M. Cannabinoids as novel anti-inflammatory drugs. Future Med Chem. 2009;1(7):1333-1349. [journal impact factor = 3.808; times cited = 272]

If you think you can’t do without your regular dose of edibles, then you might be interested in the following information on how to work around your cannabis drug tests.