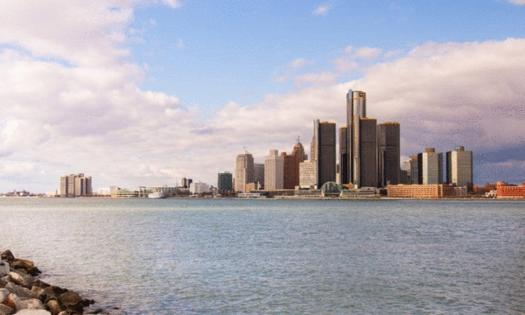 The majority of Michiganders say they think the production of both medical and recreational cannabis needs to be more regulated, according to the statewide poll conducted by Greenberg Quinlan Rosner Research and Public Opinion Strategies and commissioned by the Michigan Cannabis Manufacturers Association (MCMA).

The survey showed that more than 78% of Michigan residents support the idea of both medical and recreational cannabis being subject to the same regulation, including testing, tracking, licensing and safety.

In addition, 82% of respondents support requiring unlicensed marijuana growers (UMG) to have their product tested for harmful substances using the same standards as current licensed growers and processors.

“Michigan is at a crossroads when it comes to cannabis, and this poll tells us Michiganders want increased accountability and transparency in our burgeoning regulated cannabis market,” said Stephen Linder, MCMA’s executive director. “The survey also tells us they want to know where their cannabis comes from, regardless if they purchase it for medical or recreational use.” Other Key Findings:71% support requiring UMGs to report to the state where they grow marijuana.71% support requiring UMGs who grow for more than one patient to obtain a license through the state.68% support amending the 2008 medical marijuana law by adding new regulations for UMGs who grow marijuana for more than one patient.Michigan Cannabis Sales Up 52% YoY, Down 3.2% From July In the meantime, cannabis sales in the Wolverine State totaled $165.6 million in August, according to the Michigan Marijuana Regulatory Agency. That’s a year-over-year increase of 52%.

Michigan, home state of Benzinga, saw a steady increase in cannabis sales since the launch of recreational sales on Dec. 1, 2019.

Moreover, stabilization in flower prices and increased demand in the recreational area bolstered cannabis revenue on an annual level, despite a slight decrease over the last month (3.2% from July). Adult-use sales increased 112% year-over-year to $125.5 million and declined 2% sequentially.

Overall, flower and trim sales represented 57% of the market, similar to July figures, and down from 58% in the prior three months and up from 56% in the first two months of 2021.

Reading while high is a habit that needs to be cultivated in order to be wholly understood. Here are some tips that can help you get started.

Weed is one of the most malleable substances out there. It can be used for a ...Read More

There are key differences between edibles and smoke marijuana, from their dosage to effects. Here are 7 of the most important ones.

If you’ve been consuming marijuana for a while, you know that consumption methods can...Read More