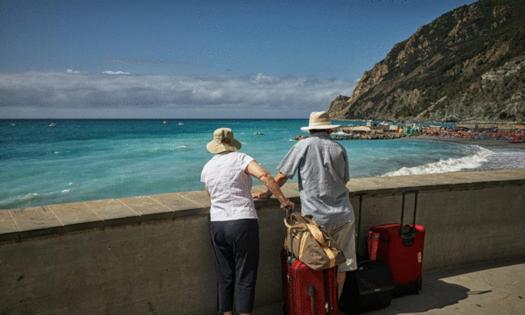 Ready or not, cannabis is growing increasingly popular and very difficult to avoid when visiting another city.

2020 was an atypical year. While it put a hard stop on most things, it was also an election year, opening the door to a lot of change. One of these changes was marijuana legalization, something that is increasingly becoming harder to ignore as more and more demographics embrace it.

While a lot of policies and parties were in contention during last year’s election, it was surprising that the one thing that most states agreed upon was cannabis. The legalization of the plant was expanded and supported by a variety of states, and the change is noticeable everywhere you go, especially if you’re in a city that has enforced some kind of marijuana program. This is great news for some travelers, and not so great for others.

“I didn’t expect to be in a family-friendly hotel in Chandler, Ariz., and get a vague waft of marijuana in the room,” traveler Judi Durand told the New York Times. “People are getting bolder with it. “It’s not very fair.”

In 2021, lawmakers filed forms to legalize cannabis in 31 states, including New York, Connecticut, New Jersey and Virginia, which have passed these bills and plan to enforce them soon. States like Louisiana have decriminalized the drug, abruptly challenging many people’s perceptions. While cannabis advocates have known and expected these changes for a long time, the opposition and those who remained isolated from legal cannabis conversations have not.

Cannabis attractions are still in the works, but compared to a few years ago, the improvement is marked. There’s an audience for activities like cultivation tours, cannabis-themed spas, and a growing number of dispensary spaces.

Whether you’re for or against marijuana, it’s a reality that you’ll soon be smelling weed on your next trip, if you’re not doing so already. While the laws are just starting to reflect this change on a federal level, it’s one that’s spent years in the making.