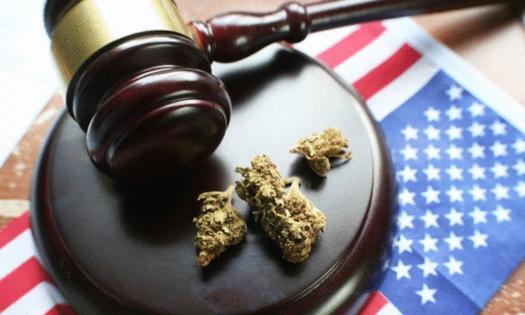 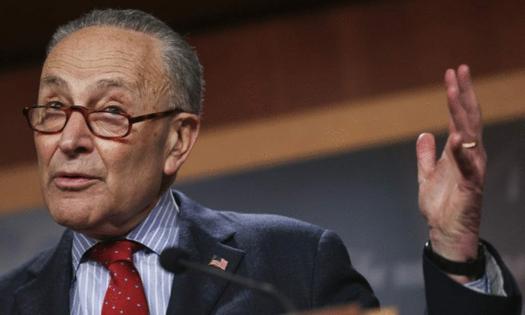 The only way Senate Democrats have been able to bypass Republican opposition so far this year and move forward with its agenda is through budget reconciliation.

Cannabis advocates are still waiting to see the bill that the Democratic Senate has promised to throw down in an effort to legalize marijuana at the federal level. They are excited about the possibilities. After all, the Democrats have control of Congress this year, so getting marijuana matters pushed through should be a piece of cake. Only that’s not entirely true.

There are still immense challenges in getting any cannabis reform measure through the halls of Congress this year, and some of the roadblocks for legalization begin with the Democratic party itself.

Although Democrats have majority rule in the U.S. Senate, it is only by a slim majority. This means they will need every bit of support from their own part, not to mention some backing from Republicans to get any pot-related measure beyond a discussion. A marijuana bill would need 60 Senators to sign off on it to beat the filibuster, an old Senate rule that demands a super majority on controversial issues.

But Senate Majority Leader Chuck Schumer won’t even be able to count on the whole of the Democratic Party to help pass marijuana legislation in 2021. Not every one of them favors such action. Senator Jeanne Shaheen of New Hampshire recently told Politico that “I do not support marijuana legalization.” Senator Jon Tester of Montana concurred. Marijuana legalization would “cause more problems than it solves,” he said. These are two votes that Schumer can’t afford to lose.

Nevertheless, Schumer is brainstorming ways to get the cannabis issue recognized in this Congress. He’s adamant about getting something passed, saying during his recent 420 speech on the Senate floor that “hopefully the next time this unofficial holiday 420 rolls around, our country will have made progress in addressing the massive over-criminalization of marijuana in a meaningful and comprehensive way.” The word on the street is that he’s even willing to make some concessions with his approach (allowing a less comprehensive measure if he thinks it will pass) to ensure some level of pot reform lands on the books. Still, even with compromise there are no guarantees.

It doesn’t even look like a measly cannabis banking bill known as the SAFE Banking Act is earning enough support to fly through the Senate. The bill recently passed the U.S. House of Representatives and is now lingering around the entrance of the upper chamber, waiting for its time to shine. But standing there in the way is Ohio Senator Sherrod Brown, chair of the Banking, Housing and Urban Affairs Committee, and he’s not allowing SAFE Banking to get a fair shake. “This committee’s been too much about Wall Street and not enough about housing, not enough about rural and urban affairs and people’s everyday economic lives, and that’s my focus,” Brown told Cleveland.com. “I will look at this seriously. We’re not ready to move on it.”

The only way Senate Democrats have been able to bypass Republican opposition so far this year and move forward with its agenda is through budget reconciliation. This process is filibuster-proof, as it only requires a simple majority on financial issues. Cannabis advocates have asked Schumer if he will consider using the budget reconciliation to pass his comprehensive cannabis reform bill. And it sounds like he might try. “You will hear in a few weeks the legislation that’ll answer,” Schumer said. But try is the operative word.

Although it is perfectly fair for Senate Democrats to try to weasel their way into federal cannabis legalization by using the budget process, it probably won’t be approved. As we mentioned weeks ago, it would be up to the Senate Parliamentarian to decide if marijuana legalization could pass in this manner. But considering that the parliamentarian is responsible for nixing the Senate’s attempts to pass the $15 minimum wage earlier this year, marijuana legalization probably doesn’t stand a chance. Still, Democrats are going to push the envelope to see what sticks.

Meanwhile, Senate Minority Leader Mitch McConnell has promised that any measure Democrats strongarm through Congress with budget reconciliation will be repealed as soon as the power structure changes. That could be as soon as 2022. It will be interesting to see what happens in the next few weeks. One thing is sure, Democrats will have to move carefully if they want to see cannabis reform land in a way that doesn’t end up a casualty of a savage political dust-up.