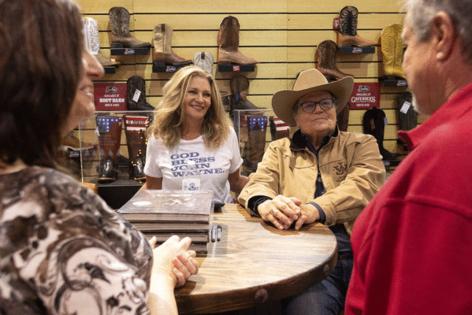 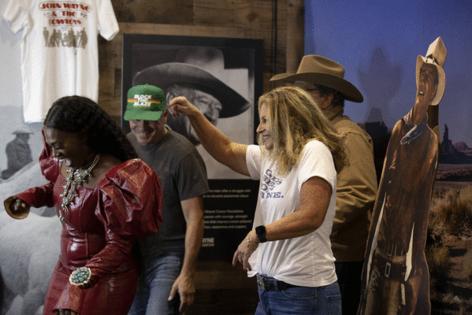 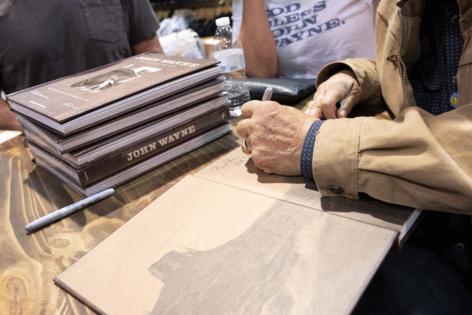 Marisa Wayne was around 10 years old when she first watched “The Cowboys,” that seminal, coming-of-age Western starring her father, the cowboy-of-all-cowboys, John Wayne.

Wayne’s daughter watched the film with her dad by her side — and yet still it rattled her.

“I mean, it was just so traumatic,” she recalled. “I’m sitting in the same room with my dad next to me, and I know he’s an actor, but I just was a mess.”

Her disbelief was understandable: John Wayne was seldom ever shot and killed in his movies, all 169 of them.

He was a paragon of toughness, Kevlar personified.

But “The Cowboys” was different: Filmed when its leading man was in his mid-60s, it follows Wayne-portrayed rancher Wil Anderson as he recruits a gang of schoolboys to help him on a cattle drive after his usual ranch hands abandon him to try their luck in the gold rush.

While still exuding the gruff gravitas of a man seemingly fashioned from rawhide and barbed wire as much as flesh and bone, Wayne also displays a fatherly side in “The Cowboys.”