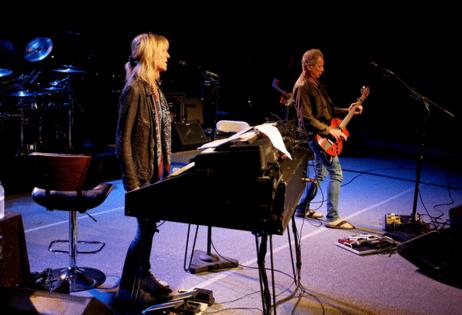 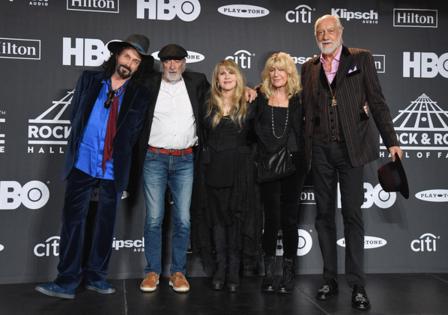 The British vocalist and keyboardist died Wednesday at a hospital after experiencing "a short illness," her family announced. She was 79.

"There are no words to describe our sadness at the passing of Christine McVie," the Fleetwood Mac statement said.

"This is a day where my deer sweet Friend Christine McVie has taken to flight... and left us earthbound folks to listen with bated breath to the sounds of that 'song bird' ... reminding one and all that love is all around us to reach for and touch in this precious life that is gifted to us," Fleetwood wrote. "Part of my heart has flown away today. I will miss everything about you Christine McVie. Memories abound.. they fly to me."

In a handwritten letter, Nicks revealed that she did not know McVie was sick "until late Saturday night." Upon receiving the news, Nicks attempted to travel to London to see McVie, but was "told to wait."

"A few hours ago I was told that my best friend in the whole world since the first day of 1975, had passed away," Nicks wrote.

"Since Saturday, one song has been swirling around in my head over and over and over. I thought I might possibly get to sing it to her, and so, I'm singing it to her now. I always knew I would need these words one day (written by the Ladies Haim)."

Nicks concluded her message with lyrics from the Haim song "Hallelujah" and a final farewell:

McVie was known for her contributions to several of the rock band's most popular songs, including "Don't Stop," "You Make Loving Fun," "Songbird," "Hold Me" and "Little Lies." Surviving current and former members of Fleetwood Mac include Nicks, Fleetwood, Mike Campbell, Lindsey Buckingham and McVie's ex-husband, John McVie.

"I am so sad to hear of Christine McVie going on to heaven. The world feels weird without her here. What a legend and an icon and an amazing human being. RIP," singer-songwriter Sheryl Crow tweeted.

"One of the greatest rock voices ever," comedian and podcast host Marc Maron tweeted. "Both as a singer and songwriter. RIP."

"So so sad to hear about Christine McVie an artist I held dear and close to my heart," John Taylor of Duran Duran tweeted. "One of the greatest all time songwriters, singers, and band members, she radiated both purity and sass in equal measure, bringing light to the music of the 70s."