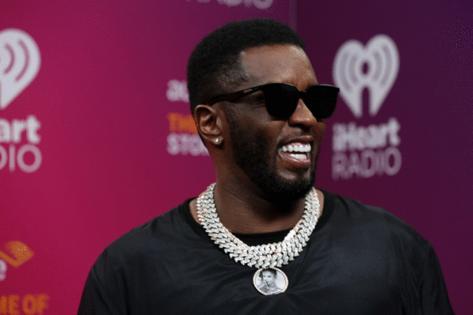 According to court documents obtained by The Times, the nanny claims to be the niece of Combs’ late romantic partner Kim Porter, who died in November 2018 at age 47 of pneumonia.

In the lawsuit filed Tuesday, the plaintiff alleged that Diddy “personally asked” her to live with him and his family and become the full-time nanny to his and Porter’s twin daughters, D’Lila and Jessie, the day after Porter’s passing. The twins were 11 at the time.

The woman, identified as Jane Roe in court filings, said she was “responsible for the twins’ 24/7 care” and alleges that Combs and his teams concocted a campaign to get her fired when she revealed in August 2020 that she was pregnant and planned to take maternity leave. She claimed she was fired in January 2021 “because she was pregnant and unmarried, which purportedly set a bad example for (Combs’) daughters.”

Combs allegedly reacted with hostility when he was informed of Roe’s plans to take leave by “yelling and cussing” and refusing to honor his promise of getting Roe and her son “the best health and dental insurance” and to take care of her medical costs.

As a result of termination, Roe claimed to have an “intangible loss of employment-related opportunities and damage to her professional reputation” and has suffered “emotional distress.”

A spokesperson for Diddy responded to the allegations in a statement to TMZ on Tuesday night disputing several of the claims made against the 52-year-old mogul and referring to Roe as “Raven.”

“This lawsuit is a meritless shakedown to extort money from Mr. Combs. Raven is not the niece of Kim Porter as she falsely alleges; nor is there any legal basis for this case to be filed under the anonymity as a ‘Jane Doe (sic),’” the statement reads. “Raven was a part-time babysitter to the twins who Mr. Combs kept on the job back in 2018 to provide continuity for the twins following the untimely death of their mother. Mr. Combs graciously permitted Raven to live in his home with her son and treated them like ‘family.’

“Her babysitting services were always intended to be temporary especially since the girls were getting older and spending most of the day at school. In fact, Raven’s transition out of her role was planned and agreed to by her long before she even mentioned that she was pregnant. Mr. Combs will take swift and immediate action to protect his family against these false claims.”

Roe is seeking an unspecified amount in damages.