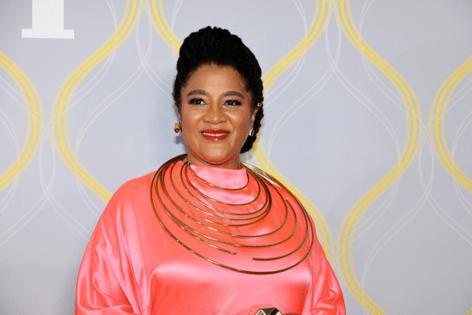 NEW YORK — Playwright Lynn Nottage described writing the opera adaption of her “Intimate Apparel” play as revisiting “an old friend” — and PBS viewers will get to experience the 2004 work which premieres Friday.

The Bartlett Sher-helmed production is set in Lower Manhattan in 1905 and tells the story of a lonely Black seamstress who makes her living sewing undergarments. She embarks on a letter-writing relationship with a mysterious man.

With music by composer Ricky Ian Gordon, the opera’s libretto was written by Nottage, who described the process as stretching a different muscle.

“I was just excited on a personal level to stretch a different muscle and sort of revisit an old friend, and be able to tell the story in a much more extensive way and to just dive back into the work,” the 57-year-old Brooklyn native told the Daily News.

“Intimate Apparel” was originally produced by the Roundabout Theatre Company in 2004, starring Viola Davis, Lauren Velez and Russell Hornsby. It is one of the more personal stories for Nottage, who’s also the bookwriter for the Tony Award-winning Broadway smash hit “MJ The Musical.”

“The story really stems from my desire to get to know my ancestors who came to New York at the turn of the 20th century,” she said, adding that her great-grandmother, Ethel, came to New York as an 18-year-old woman and become a seamstress.

She “had to figure out by hook or crook how to survive in a city that wasn’t necessarily welcoming,” she said. “And she began correspondence with a man in Panama, who subsequently became her husband. It’s a very different story than I tell on the stage but that was the impetus and inspiration.”

The Columbia University professor is also excited to share a Black-centered opera with the nationwide PBS audience.

“One of the joys of making this opera is that we could give opportunities for a lot of Black singers who are working at the top of the game, but don’t necessarily get to tell their own stories. And so we hope that this is part of a growing trend, to create work in the opera world that is inclusive, and that’s representative of the diversity of this country,” she said.

Nottage also said she hopes she’ll give viewers something to think about with the play, which ends with a sepia image of a woman with the words “Unidentified Negro Woman.”

“I want people to really think about the contributions that Black women made to the 20th century, the 21st century narratives that have gone unrecognized,” she said.

Florence Pugh and Harry Styles go back in time in "Don't Worry Darling," Allison Janney has a very special set of skills in "Lou," and Tyler Perry tackles his passion project in "A Jazzman's Blues," all of which are among ...Read More