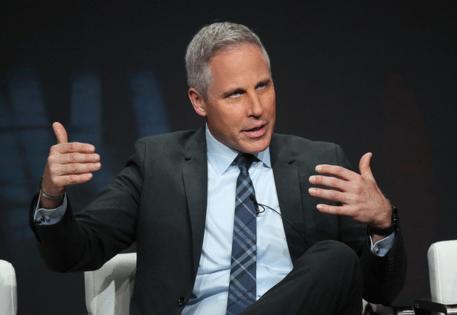 ATLANTA — In 2020, A&E was riding high with a hugely successful “Live PD” series where live cameras followed cops on patrol in different cities, an unedited version of “Cops.” But after the George Floyd murders and a reckoning on police brutality and race, A&E felt pressured to drop the show.

The cable network has been trying to fill that huge programming chasm ever since. Last month, A&E launched “Court Night Live,” where three real judges adjudicate small claims cases in “pop-up courtrooms” in a bar in Philadelphia, downtown Chicago and a mall in Tampa, Florida. In some cases, the viewers get to vote on who wins: the plaintiff or the defendant.

The weekly show is now airing at 8 p.m. ET Wednesdays on A&E and was recently expanded from two to three hours.

Atlanta-based Court TV host Vinnie Politan flies up to New York City each week to provide legal expertise to the cases. He is helped by retired judge Vonda Evans and Greg Mathis, who has starred in daytime TV’s “Judge Mathis” for nearly a quarter century.

Politan, a former prosecutor and attorney, spent several years at HLN hosting legal shows, then five years anchoring for 11Alive in Atlanta before joining the relaunch of Court TV in 2019. Court TV is allowing him the time to juggle this show on top of his prime-time Court TV program “Closing Arguments.”

“Court TV was amazingly generous and I appreciate them allowing me to do this,” he said in an interview with The Atlanta Journal-Constitution.

For Politan, “Court Night Live” is a change of pace because he typically grappled with big murder cases on Court TV.

“I’ve covered plenty of live trials but never these types of trials where the litigants are representing themselves,” Politan said. At the start of each episode, he tells the viewers that small claims courts are often backed up and this is a way for some cases to be resolved quickly (while also entertaining the world.)

The show usually juggles two cases at a time. They are similar to cases you’d see on “Judge Judy” or “People’s Court.” A singer wants to be paid after his performance was nixed at the last second. A tattoo artist demands compensation from a barber who he claims blew out the circuit box at his business while giving him a haircut there. A political commentator accuses a date who came to his place of stealing his laptop and damaging two rugs.

And last week’s episode showed that doing these cases live in public spaces doesn’t always have benefits. In Tampa, rain was coming down so strong, testimony was being drowned out by the noise. The producers in real time decided to delay the case until the rain let up.