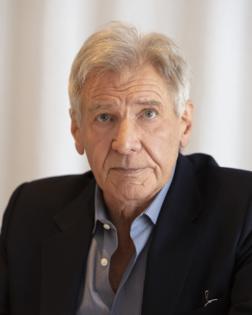 CHICAGO — Park Ridge aldermen Monday rejected a pitch to erect a statue of acclaimed actor Harrison Ford in the city, citing the high cost of the project and Ford’s lukewarm relationship with the city.

Ford was born in Morton Grove and attended high school in Park Ridge’s Maine Township High School, which is now known as Maine East, in the 1950s. He has said publicly that high school was a difficult period for him. At a 2015 Star Wars themed event in Park Ridge, eventgoers told Pioneer Press/Chicago Tribune that Ford was bullied while living in town to the point that other kids would roll him down a hill into thorny bushes on a daily basis.

Omri Amrany, the co-owner of Rotblatt Amrany, the art studio behind the pitch, said that they would “make the communication and arrange it and get permission” from Ford if the city signaled it would like to proceed.

Rotblatt Amrany has created some of the most iconic statues in the Chicago area, including the Michael Jordan statue at the United Center and the depictions of Fergie Jenkins and Ernie Banks at Wrigley Field.

Park Ridge Mayor Marty Maloney asked Amrany if the studio had Ford’s permission to proceed with such a project, and asked if it would be necessary to obtain that approval before moving forward. He said he would feel uneasy about going ahead with such a project due to Ford’s experience in Park Ridge.

“Based on some things I’ve heard just through Park Ridge lore about Harrison Ford and leaving Park Ridge, I would just want to make sure he was comfortable with what we’re doing if we’re taking that step on this,” Maloney said.

Amrany told aldermen installing a statue of Ford, who starred in blockbuster Star Wars and Indiana Jones movies among many other big hits, would boost civic pride and bring more tourism to Park Ridge.

“He has an enormous fan base and it’s easy to imagine people from nearby communities stopping by to have their picture taken with a sculpture,” Amrany said.

Amrany also suggested that the Pickwick Theater could screen Ford’s movies and that the city could host events referencing his most famous pictures, like a May the Fourth (Be With You) Star Wars-themed celebration.

City staff said the cost of installing such a statue could run from $100,000 to $250,000, depending on how many accoutrements the city decided to add to the art.