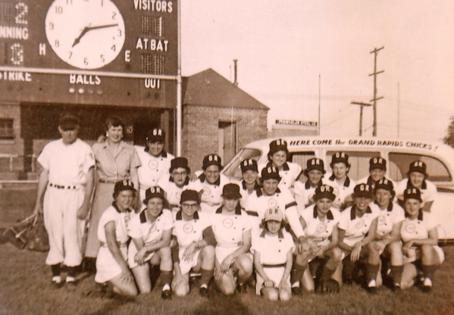 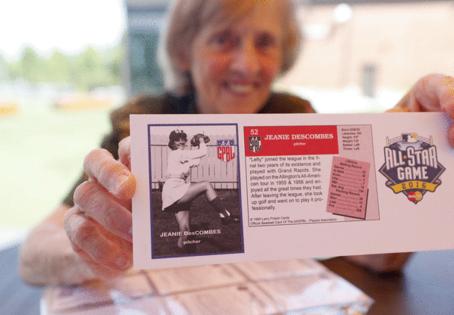 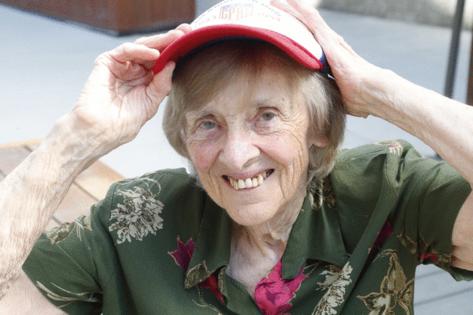 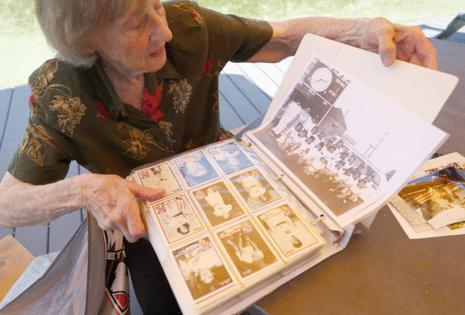 Now 87 and a resident of Snohomish, Lesko (who played under her maiden name, DesCombes) was a fixture at the baseball field while growing up in rural Lakeview, Ohio. She would watch the boys play and practice with them whenever she could.

So when the local baseball coach saw a newspaper ad for AAGPBL tryouts, he encouraged her to go. Lesko’s response: “What would I play?” Even though the league had been around for a number of years at that point, she didn’t know it existed.

Because Lesko is left-handed, the coach suggested she become a pitcher. She knew nothing about pitching when he started working with her, but after an intense three-month tutorial where he helped her perfect a fastball, curveball and change-up, Lesko borrowed her sister’s car and drove out of Ohio for the first time in her life — heading to Battle Creek, Michigan, for AAGPBL tryouts.

As popularized by the 1992 movie “A League of Their Own,” the AAGPBL began in 1943, as a way to keep professional baseball going in World War II when many of the male players were at war. The movie, which starred Geena Davis, Tom Hanks and Madonna, is now widely acknowledged as a classic, and produced one of the most iconic movie lines of all time when coach Jimmy Dugan yells, “There’s no crying in baseball” to a player.

It inspired an entire generation of girls to play sports, sprung the AAGPBL into the spotlight and sparked the nation’s interest in the stories of women like Lesko. Now, as the movie celebrates its 30th anniversary, anticipation is building for the Amazon Prime Video series “A League of Their Own,” which will debut on Aug. 12.

Lesko was one of the many AAGPBL alums who were asked to consult on the 1992 movie, but had to decline the opportunity because she was a working mom busy raising three young sons at the time. She says she wasn’t aware of the film’s significance and upon its release says if she would’ve known, she would’ve “crawled to be there.” After all, the movie is what brought her back to baseball and to her first AAGPBL reunion.

The day she agrees to meet a reporter, she brings along a binder filled with AAGPBL playing cards, including her rookie card and collection of photos. Ones of her team, but also of reunions and a postcard of her traveling team that she sent her mother. Just before sitting for a portrait, she puts on an AAGPBL hat, takes a quick moment to fix her hair and flashes a smile as she turns and strides to meet the photographer. She looks almost as spry as when she took the mound for the Grand Rapids Chicks in 1953.

Lesko played in the AAGPBL for only two seasons when the league was winding down, but like the women before her whose stories have been memorialized by the movie and will be retold again in the upcoming Amazon series, those two seasons stand out as some of the most memorable years of her life.

Lesko showed up late to AAGPBL tryouts in the middle of a doubleheader, and got called in to pitch when the game was tied.