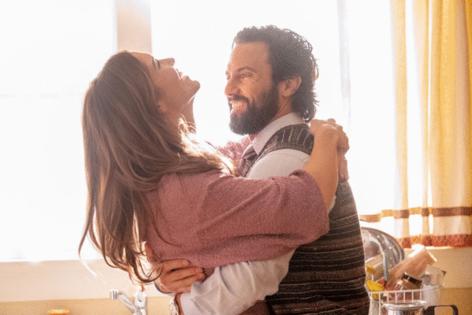 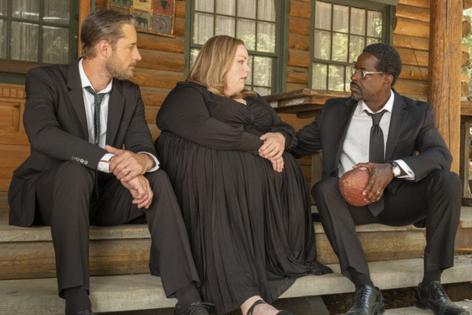 "This Is Us," NBC's tear-jerker of a drama about the fictional Pittsburgh-based Pearson family, aired its series finale earlier this week.

The premise of the Emmy-award winning show, created by Dan Fogelman, is we are all connected. Chance encounters with strangers shape our future in ways we may never understand. I came to the show in the second season, curious about why my Facebook friends were crying every week.

Come on, nothing on network television can that intense, I thought. What I found was an accurate portrayal of a family that loved each other, yet still tiptoed around each other. After all, it's hard to be your authentic self when you constantly feel like you are coming up short. But when the emotional breakthroughs happened — and there was one every week — tears of relief flowed and flowed and flowed.

For those who missed out on this cultural phenomenon, here's the plot: A white couple, Jack (Milo Ventimiglia) and Rebecca (Mandy Moore), become the parents of triplets back in the early 1980s. Only two of the babies — Kevin (Justin Hartley) and Kate (Chrissy Metz) — live. A Black baby, Randall (Sterling K. Brown), is abandoned at the hospital that same night, and a doctor convinces Jack and Rebecca to adopt him.

Throughout the six-season series, the Pearsons deal with the sadness and joy of birth and deaths; marriages and divorce; and successes and failure. The story jumps in time and covers almost 100 years in the Pearson family, flashing back to scenes from Jack's childhood in the 1950s and forward to Kate son's Jack's adulthood in the somewhere in the 2040s.

We see the relationship between the Pearson children and their parents develop at pivotal moments in their childhood and as young adults, as well as having to deal with their mother's decline from Alzheimer's disease when the kids are middle-aged. We learn Jack and Rebecca's back story and witness how generational trauma, coupled with Jack's death, formed the foundation of Randall's anxiety, Kevin's alcoholism and Kate's self-esteem issues.

Our stories are deeply connected to those of our ancestors, whether we know them or not. This is when the show is at its most moving.

Each Tuesday — during the era when binging replaced appointment TV — we tweeted, we wept while we faithfully watched the Pearsons' journey.

Although it officially came to an end on Tuesday, I know it will live in perpetuity on streaming apps and family friendly channels like "Little House on the Prairie," "ER" and other seminal television shows.

Here are seven reasons why "This Is Us" touched me deeply, the life lessons it demonstrated and the scenes that will stay with me.

1. Our family story shapes our purpose

Jack is a devoted father and an attentive husband. His unexpected death in the 1980s leaves a lasting impact on his children, who remember him as perfect. Yet we learn that Jack's father, Stanley (Peter Onorati), was abusive and Jack is trying not to repeat those patterns. Jack doesn't see his mother Marilyn (Laura Neimi) after she moves to Ohio to escape the abuse. And when Jack died, he was estranged from his brother, Nicky (Griffin Dunne). By revealing his childhood rooted in trauma, we better understand why Jack treats his family with the utmost care and see the power and possibility of being able to escape one's upbringing and create one's destiny.

The Pearsons raise Randall with love. However, he never feels quite like he belongs. He's more book smart than his siblings, and the family treats his Blackness like an elephant in the room. Randall searches for and finds his birth parents (Ron Cephas Jones and Jennifer C. Holmes). But he isn't able to fully deal with his anxiety until his Black therapist, Dr. Vance (Keith Powell), encourages Randall to tell his adoptive family that by treating his race like it doesn't matter, they are ignoring Randall's full humanity. This is real and a reminder of the importance of embracing, rather than ignoring, cultural differences.

When we meet Kevin, he's an actor in Los Angeles and the star of a fictional sitcom, The Manny. He's rich, famous and a lady-killer, but he still feels like a loser who will never amount to anything because he thinks he doesn't measure up to the studious and accomplished Randall. Kevin is also an alcoholic, like his father and grandfather. It's not until Kevin starts to believe in his inherent goodness and has children of his own that he stops drinking and is able to enjoy his life. It's a good reminder that just because someone's life looks perfect doesn't mean it is.

Relationships are hard on "This Is Us" but always worth it. Kevin marries young, cheats on his young wife Sophie, but by the season finale Kevin and Sophie (Alexandra Breckenridge) have remarried. We see Randall's adopted daughter, Deja, fall in love and break up with a high school sweetheart, but by the season finale, they also find their way back to each other. The show didn't limit this lesson to just romance, either: Kate and Toby (Chris Sullivan) marry, have children, and are terrible parents when they are together. After their divorce they become great co-parents and ultimately find their true loves.

5. Forgiveness is not optional

When Randall, now living in Philadelphia, catches a burglar in his townhouse in the Art Museum neighborhood, the situation triggers anxiety for the fictional city councilman. Later he learns the robber is a drug addict with mental health issues, and he helps find him treatment and a place to live. Randall also forgives his birth parents for abandoning him and his adoptive parents for putting their comfort level ahead of embracing all of who Randall is.

Randall faced his anxiety head on and became a U.S. senator. Kate dealt with self-esteem issues and built a curriculum for blind children. Kevin launches a new version of his late father's business after dealing with alcoholism and self-worth. Only by working through mental health issues, and confronting the ghosts of their past that contributed to them, could the Pearson kids have full lives and erase the demons of insecurity.

7. Everything happens for a reason

At the beginning of the series, Rebecca loses a triplet and adopts abandoned Randall. Kate goes to an obesity support group. She doesn't lose weight, but she meets Toby. Jack and Miguel (John Huertas) are best friends. It's Miguel who helps Rebecca with Jack's loss and eventually Rebecca and Miguel marry. And Jack dies the very moment a young man, Marcus Brooks, survives a car accident; Marcus grows up to become a doctor who develops drugs that treat Alzheimer's patients, like Rebecca.

Above all else, so reminds us that there are no accidents in life.