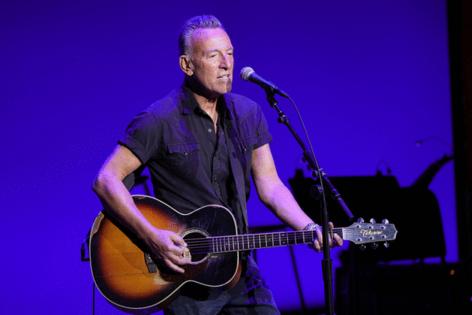 The Boss is back.

Bruce Springsteen and the E Street Band are going on tour for the first time since wrapping The River Tour in February 2017.

The tour will kick off in February with a string of U.S. arena shows, then head to Europe in late April, hitting venues in Spain, Ireland, Italy, France, the Netherlands, Sweden, Germany, Norway, Denmark and Austria.

The New Jersey-bred rocker will then head back to the U.S. in August for another run down Thunder Road.

None of the U.S. venues have been announced yet, and more dates in the U.K. and Belgium will be revealed later.

Despite years off from touring, the 72-year-old musician has stayed busy. He released “Letter To You” in 2020, starred in his own one-man show on Broadway that kicked off the Great White Way’s reopening during the pandemic and released a podcast and book with former President Barack Obama, “Renegades: Born In The USA.”

“I’m just aching to play, you know, and, and to actually not just play, but to travel and see our fans in all our different cities and feel that life again and see their faces again,” Springsteen said on SiriusXM Tuesday.

“It’ll have a significant amount of some recent material. And then of course we’ll be playing a lot of the music that the fans have become familiar with and love to hear. It should be a balance of good things. The show should feel contemporary and it should also make you feel at home at the same time. So that’s our goal.”