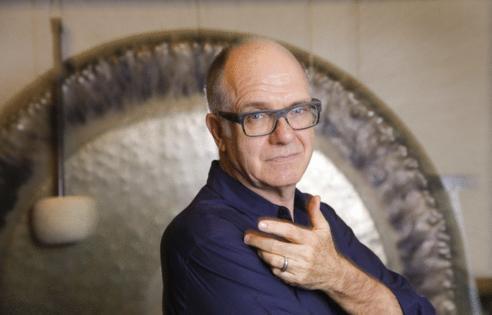 Stylistically speaking, very little. Unless, that is, Wonder, Rundgren and McCartney each begins exclusively performing a cutting-edge repertoire of intensely demanding contemporary music by visionary 20th-century composers. More specifically, compositions of artistic daring that require a performer to possess instrumental brilliance, pinpoint dynamic control and an ability to capture the emotional essence in even the knottiest music.

Happily, Schick's captivating new album, "Weather Systems I: A Hard Rain," places him directly alongside Wonder, McCartney and Rundgren in at least one key way.

In their shared quest for artistic excellence, each of the three pop-music legends has recorded landmark albums on which they perform all or nearly all their instrumental and vocal parts single-handedly.

Schick does the same on "A Hard Rain," which will be released Friday, albeit minus any conventional songs or conventional singing. Then, he goes them one better — or to be more accurate, many, many times better.

Wonder, McCartney and Rundgren have performed on as many as a dozen instruments, each, on some of their one-man albums. On "A Hard Rain," a dozen instruments is the fewest Schick plays on any single selection — specifically, on William Hibbard's simultaneously demanding and witty "Parsons' Piece."

But that's a comparative cakewalk compared to the nearly 200 instruments Schick plays on John Cage's epic, nearly 30-minute long, 27'10.544" for a percussionist.

Using recording technology that was never imagined by Cage, who died in 1992 at the age of 79, Schick and ace audio engineer Andrew Munsey — himself an accomplished jazz drummer — transform Cage's work into something even more bold and multifaceted.

The result is an 84-channel multitrack collage that Schick eloquently describes in "A Hard Rain's" liner notes as: "a rainforest of sounds: of water, earth, and air; of rip-sawn wood and ancient metal."