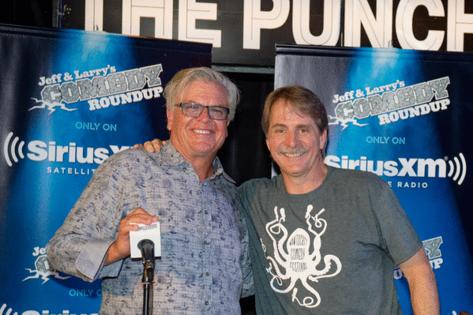 His Fox Theatre show on Friday will be his last in Atlanta, he said. He plans to do more shows this year nationwide and wrap it up for good on New Year’s Eve.

“I don’t think it really makes sense to anybody but me,” said White, who is 65. “I’ve been doing this 37 years. I’ve loved the whole ride. I just feel like it’s time to put it down. I have a big year coming and that’ll be it.”

He added: “I’m in a good place in my life and comfortable with my decision.”

The affable White’s career took off in 2000 when Atlanta’s Jeff Foxworthy created the Blue Collar Comedy Tour and asked him to join Bill Engvall and Larry the Cable Guy. The tour, which went on and off for six years, was one of the most successful comedy tours in history with the movie version selling millions of DVDs.

Cigar in hand and a shot of tequila nearby, Texas native White would bemuse his fans with tales of drunken escapades. He found himself going from small comedy clubs to big theaters almost overnight. For the past 15 years, he has been a major headliner, stopping regularly in Atlanta at the Fox Theatre and Cobb Energy Performing Arts Theatre.

For many years, he lived part time in an 11,000-square-foot mansion in Suwanee, Georgia, off a golf course, inspired to live in the area because of his buddy Foxworthy. But White decided to sell the pad in 2018 for around $2.5 million.

He ultimately bought a penthouse space on the 22nd floor overlooking the Colorado River in downtown Austin, Texas, where his son lives.

“It was my goal to retire in Texas,” White said. “I’ve been coming to Austin since I was old enough to lie.”

Austin, he noted, “is so hopping. With live music and great restaurants, it’s grown like a weed.” He even bought an additional plot of land south of Austin near a new golf course.

MIAMI — Kodak Black made a trip out to Sunrise to watch his hometown Florida Panthers play the Vancouver Canucks on Tuesday.

He seems to have had a great time.

The rapper, who’s originally from Pompano Beach and is ...Read More

According to a source, the...Read More

PITTSBURGH — David Hollander was planning an eighth season of "Ray Donovan" when Showtime unceremoniously canceled the long-running drama in early 2020. Why else would a showrunner begin introducing the history of the ...Read More

SEATTLE — There are still many unknowns as Bumbershoot awaits its pandemic-delayed relaunch. But the key question of who will take the reins of the Labor Day weekend festival has finally been answered.

As the beloved ...Read More

If you need more proof that the Queen of Soul has been portrayed by great performers, look no further than the Screen Actors Guild Award nominations announced Wednesday morning.

Jennifer Hudson received a nod in the ...Read More

It’s only appropriate for a fan to be anxious about a new “Scream” movie, especially one that arrives 11 years after the last installment, and 25 years after the first film single-handedly reanimated the slasher ...Read More