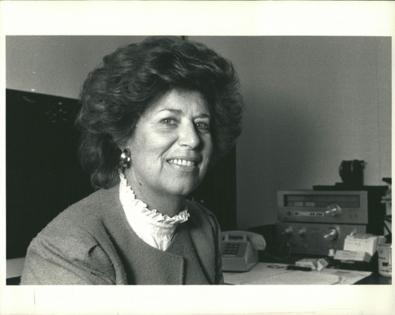 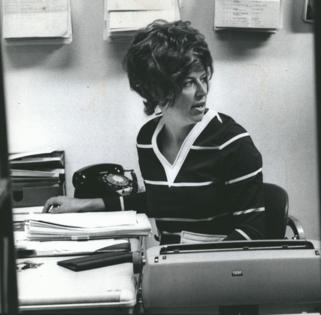 DETROIT — Rosalie Trombley, the golden-eared tastemaker who became one of North America's most powerful radio programmers, died Tuesday of complications from Alzheimer's disease, her family said. She was 82.

As music director at Windsor's 50,000-watt CKLW-AM across the Detroit River, the unassuming Ontario, Canada, native was a music-industry force starting in the late '60s — breaking hits, playing musical kingmaker and turning the station into an influential continental player.

"Rosalie was an icon, a trailblazer and our friend," Bob Seger said in a statement. "Through her hard work and incredible instincts, she achieved a rare level of influence and power in music. When she got behind your record, other stations would follow suit. She was literally a gatekeeper to national success and we were so fortunate to have her support, especially on many of our early records. She was an integral part of our journey and we are eternally grateful. We will miss her."

Born in Leamington, Ontatio, Rosalie Trombley moved back to the town about five years ago and was in an assisted living facility there at the time of her death.

"She just had this innate sense for what artists, what songs, could have mass appeal," said her son Tim Trombley. "The power of AM radio back then was really immeasurable. It was a pretty special time."

Trombley's adventurous song picks — from rock to R&B — were boosted by the broad reach of CKLW, a station heard across Canada and nearly two dozen U.S. states at night. Other radio programmers came to follow her lead.

"It was nothing to pick up the phone and hear 'Hi, this is Bob Smith from Idaho, and I'm getting all kinds of calls at my radio station for this record they're hearing on your radio station. Tell me about "These Eyes" by the Guess Who,'" she recounted to the Free Press in 2003. "It was like, 'Wow.'"

Trombley — "the most powerful woman in popdom," as the Free Press described her in 1971— gave many mainstream radio listeners their first taste of music from Bob Seger, Alice Cooper, Funkadelic and other Detroit-related acts. And she helped introduce American audiences to burgeoning Canadian artists, including the Guess Who, Gordon Lightfoot, Bachman Turner-Overdrive and Paul Anka.

Having arrived in Windsor in 1963, Trombley started at CKLW with a part-time job as a weekend switchboard operator. Eventually, she took a role in the station's record library, and by 1967 was music director.