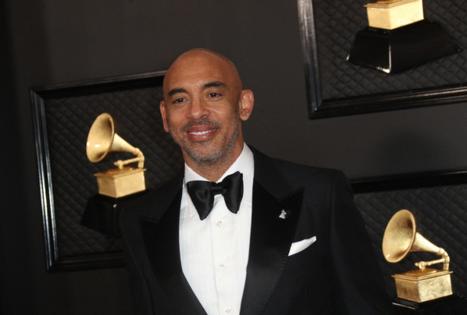 The 2022 edition of the Grammy Awards will be bigger than ever, literally.

In a quest to expand its diversity and scope, the music world’s most prestigious, comprehensive and — at times — contentious annual awards show is expanding its four biggest categories. That could make the voting margins even closer for some of the top 2022 Grammy nominees announced Tuesday, including Jon Batiste, Justin Bieber, H.E.R., Doja Cat, Billie Eilish and Olivia Rodrigo.

The Recording Academy, under whose auspices the Grammys are presented, announced to its 11,000-plus voting members Tuesday that it is increasing from eight to 10 the number of nominations for Album of the Year, Record of the Year, Song of the Year and Best New Artist. The move comes only three years after the number of nominations in those categories rose from five to eight in 2018, after remaining unchanged since the inception of the Grammys in 1959.

“Almost 60,000 pieces of music are being produced and released each day and we want to be sure we are able to honor and shine a light on as many artists and good pieces of music as we can,” Harvey Mason Jr., the Los Angeles-based academy’s new CEO, told the San Diego Union-Tribune in a Monday afternoon phone interview.

“It was the right thing to do. And it was done to make sure we are representing the entire industry and taking into consideration the widest possible options of music to be considered.”

The academy’s quest for greater inclusivity is reflected by the six leading nominees for the 64th annual Grammy Awards. Four of the six are artists of color. Four are women. Canadian-born Bieber is the only white male among the six.

Louisiana-born multi-instrumentalist, vocalist and “The Late Show with Stephen Colbert” musical director Batiste leads the field with 11 nominations. His “We Are” is nominated for both Album of the Year and Best R&B Album, while his “Jazz Selections: Music From and Inspired by ‘Soul’” film soundtrack earned nominations for Best Instrumental Jazz Album and Best American Roots Performance. He is also vying in the Best Contemporary Classical Composition category with his piano-driven “Batista: Movement 11.”

Close behind, with seven nominations each, are Eilish — who was just 18 when she made Grammy history in 2020 by winning Album, Record and Song of the Year honors — and Disney TV star Rodrigo, who is 18 and whose chart-topping song of lost love, “driver’s license,” was one of this year’s biggest hits.

“Dune” and “The Walking Dead” actress Alicia Witt has broken her silence concerning “misconceptions” about her parents’ deaths after the couple was found in their Massachusetts home late last month.