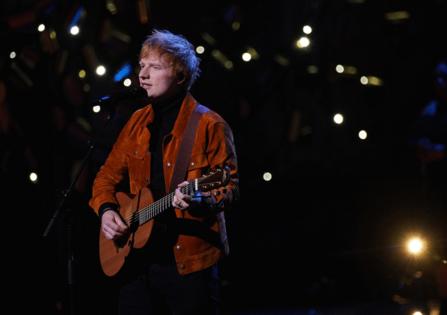 Ed Sheeran is self-isolating at home after testing positive for COVID-19, the pop star announced.

The English singer-songwriter is scheduled to release his fourth studio album on Friday, and will now attempt to promote the project remotely.

“I’m now unable to plough ahead with any in person commitments for now, so I’ll be doing as many of my planned interviews/performances I can from my house,” Sheeran wrote Sunday in an Instagram post.

“Apologies to anyone I’ve let down. Be safe everyone.”

Over the weekend, NBC said the 30-year-old Sheeran would be the musical guest for the Nov. 6 episode of “Saturday Night Live.”

The upcoming album — which is simply titled “=” — is Sheeran’s first since 2017. The lead single from the new album, “Bad Habits,” soared to the No. 2 spot on the Billboard Hot 100 chart in the United States this summer.

Sheeran is also known for hits such as “Perfect,” “Shape of You” and “Thinking Out Loud.”