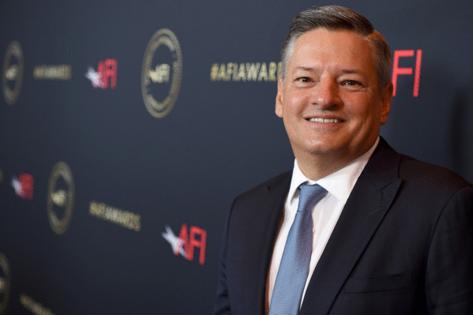 Netflix CEO Ted Sarandos is sorry, not for platforming Dave Chappelle, but for how he excused it afterwards.

A day before trans employees and allies are expected to stage a walkout Wednesday, Sarandos made the rounds Tuesday night with a semblance of an apology for how he’d handled “The Closer” and the backlash, both internally and publicly.

“I can tell you I screwed up those communications ... I should have first and foremost acknowledged in those emails that a group of our employees were in pain, and they were really feeling hurt from a business decision that we made. And I, instead of acknowledging that first, I went right into some rationales,” he told the Hollywood Reporter of two memos sent to staff.

“I 100 percent believe that content on screen can have impact in the real world, positive and negative.”

Days earlier, Sarandos said the opposite, insisting that the programs he listed on Netflix were simply that, television and movies, not reality.

Chappelle’s so-called jokes about the transgender community, including comparing it to blackface, has caused real-world harm, many have argued, lending credence to hate.

But Sarandos is standing by Chappelle.

“We are trying to support creative freedom and artistic expression among the artists that work at Netflix. Sometimes, and we do make sure our employees understand this, because of that — because we’re trying to entertain the world, and the world is made up of folks with a lot of different sensibilities and beliefs and senses of humor and all those things — sometimes, there will be things on Netflix that you dislike, that you even find to be harmful,” he told NBC News.

“Where we’ll definitely draw the line is on something that would intentionally call for physically harming other people or even remove protections. For me, intent to cause physical harm crosses the line, for sure.”

More than 40 transgender or gender non-conforming people have been killed already in 2021, according to the Human Rights Campaign. This year is expected to be the most violent year on record, a high mark set last year with 44 deaths.