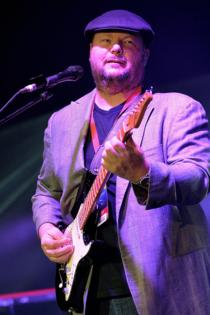 Christopher Cross is known for two things: The first artist to sweep the "Big Four" Grammy Awards in one year (best album, song, record and new artist, in 1981) and the unwitting father of yacht rock.

The voice of "Sailing" and "Arthur's Theme (Best That You Can Do)" can now claim another distinction. He apparently was the second person to become paralyzed with Guillain-Barre syndrome after contracting COVID-19 at the beginning of the pandemic.

"I was paralyzed — initially I had facial and hand paralysis, too — but mainly my legs. I was in ICU for three weeks, and I was in a wheelchair for about five months," said Cross, who is currently on tour.

"I'm doing OK. The neurologists don't know if I will heal more than I have because usually people with GBS don't heal completely. My disability as far as my legs probably won't get better."

In concert, Cross sits for an acoustic segment and stands for the rest of the show. He can walk a short distance, but stairs are challenging, and he uses a cane on uneven terrain. His fingers have returned to normal. His voice wasn't affected.

"We're in fighting shape," the 70-year-old said. "I plan on touring for some more years. My legs will constantly be an issue, but it doesn't keep me from standing for 90 minutes."

Cross caught COVID-19 on a trip to Mexico in March 2020. Cross said his doctors told him that he was only the second person at the time to get Guillain-Barre from the coronavirus. The condition and subsequent treatment prevented him from getting vaccinated until just before his 34-city tour started in mid-September.

This is a resumption of a 40th anniversary trek that marks the 1980 release of his smash debut album.

In an hourlong conversation from Ohio last week, Cross discussed everything from sailing to Billie Eilish, who last year became the only other person to sweep the Big Four Grammys.