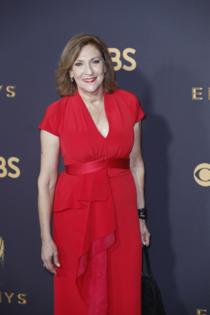 "I am honored to have been chosen by my peers to serve as president and am committed to continuing our Guild's great legacy of protecting the economic and creative rights of our members, always with our eye on the future," Glatter said in a statement. "In these times of great technological and cultural change, we stand ready to take on the challenges that lie ahead. And just as we have throughout our 85-year history, together we will prevail."

Glatter began her career through AFI's directing workshop for women.

She recently signed a first-look deal with Universal and is directing and executive-producing the upcoming HBO Max limited series "Love and Death," starring Elizabeth Olsen.

Glatter, a member of the Guild's national board since 2003, joined the DGA in 1985 and has served twice in vice-president roles. She is also a member of three negotiating committees: the Western Directors Council, Creative Rights Committee, and she has been on the PAC Leadership Council for over 20 years.

At the guild's convention, 160 delegates representing more than 18,000 members of the DGA elected a new slate of officers and national board members.