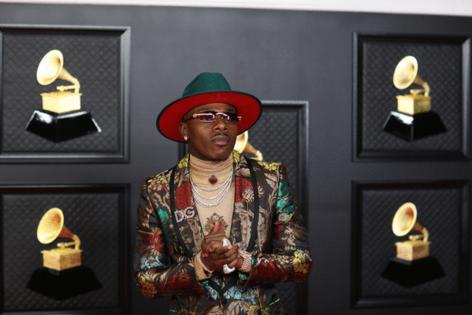 Just days after DaBaby was slammed on social media for making homophobic and ignorant remarks about the HIV/AIDS community, the rapper seemed to forget the half-apology he’d posted on Twitter with the release of a new video.

On July 25, during a performance at the Rolling Loud festival in Miami, the 29-year-old musician stunned the audience by making anti-gay and misogynistic remarks, and saying that “HIV, AIDS, any of them deadly sexually transmitted diseases [will] make you die in two, three weeks.”

He later apologized to the HIV community writing on Twitter that, “anybody who done ever been effected [sic] by AIDS/HIV y’all got the right to be upset, what I said was insensitive even though I have no intentions on offending anybody. So my apologies.”

Still, backlash against his hateful rhetoric quickly populated social media timelines across the globe. However, despite the widespread outrage, on Wednesday, DaBaby released a self-directed video on YouTube in which he, once again, references AIDS in a derogatory way.

The video ends with a message, written in rainbow colors, that read, “My apologies for being me, the same way you want the freedom to be you.”

His non-apology comes days after a number of celebrities condemned the rapper’s hateful rhetoric on social media.

On Tuesday, chart-topper Dua Lipa, with whom he’d collaborated in a remix of her megahit “Levitating,” issued a strong rebuke on her Instagram story saying that she was “surprised and horrified at DaBaby’s comments,” and adding that she doesn’t recognize this as the person I worked with.”

Fashion brand bohooMAN confirmed on Twitter that “we will no longer be working with DaBaby” because “we stand by and support the LGBTQ+ community, and do not tolerate hate speech or discrimination in any form.”

Pop superstar Madonna wrote a lengthy Instagram message telling the “Rockstar” singer that “if you’re going to make hateful remarks to the LGBTQ+ community about HIV/AIDS then know your facts.”

She also slammed his “sexist remarks” and said that she wants to “pray for your ignorance [since] “no one dies of AIDS in 2 or 3 weeks anymore.”

“People like you are the reason we are still living in a world divided by fear. All Human beings should be treated with dignity and respect regardless of race, gender, sexual preference or religious beliefs,” the queen of pop wrote.

Elton John, one of the first mega stars to lend his celebrity to help in the fight against HIV/AIDS, tweeted that DaBaby’s homophobic statements contribute to “stigma and discrimination and [are] the opposite of what our world needs to fight the AIDS epidemic.”

“Homophobic and HIV mistruths have no place in our society and industry and as musicians, we must spread compassion and love for the most marginalized people in our communities,” he added. “A musician’s job is to bring people together.”

DaShawn Usher, GLAAD’s associate director of communities of color, told the Daily News in an email that, “the rhetoric that DaBaby used is inaccurate, hurtful, and harmful to the LGBTQ community and the estimated 1.2 million Americans living with HIV.”

“It is critical that DaBaby and his fans learn that people living with HIV today, when on effective treatment, lead long and healthy lives and cannot transmit HIV,” Usher added.