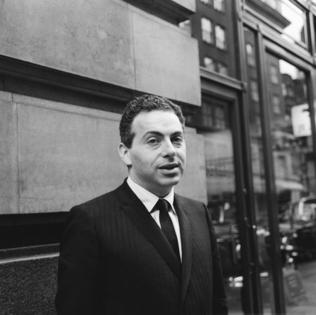 CHICAGO — And so, the comic Jackie Mason was saying, in that unforgettably distinctive pure Lower East Side New York accent (thick, nasal) of his, “And so, I may be thinking why Colin Powell is such a sensation. How does a guy become the hottest guy in America when no one knows what he does for a living? He puts on a uniform and a pair of glasses, and everybody says, ‘In this uniform, he’s a genius.’

“An idiot could have put on these same glasses, and he could have been the genius. Nobody knows what he did or what he thinks. They found a person who has a combination of qualities. He’s black and he’s not threatening, and he looks solicitous, and he talks in a modulated tone in a respectful manner, and everybody says, ‘Thanks, God, we found a Black person we could love.’”

This observation was not voiced on a stage, where Mason spent most of his professional life. Rather he was talking in the cozy quiet of the lobby bar of the Hotel InterContinental on Michigan Avenue. It was 1995 and we were drinking tea and he also said to me (during the hour we spent together, he only occasionally stopped talking to take a sip of tea), “Jews are very self-conscious about their Jewishness. They’ve been so persecuted, so they are always imagining that they are going to be persecuted again.”

Mason died on July 24 in New York. He was 93 years old (sort of, he was always purposely vague about the year he was born) and though he had not been in the public eye for some years, he has been justifiably praised and fondly remembered in the media.

My colleague Chris Jones, ever astute, had this to say: “(Mason) flew the live-comedy plane pretty well for decades and most every joke landed on his target audience. And there was more self-awareness to him that many realized.”

Mason was, most of the media eulogists rightly observed, one of the last of a breed.

Of that gang the most prominent survivors are Mort Sahl, the brilliant satirist who is 94 and performs infrequently near his home in Mill Valley, California, and Bob Newhart, who is 91 and is active on Twitter and plans to perform live when COVID restrictions ease.

It often surprised people to learn that Mason was born (as Jacob Maza) in Sheboygan, Wisconsin, moving with his family to New York City at age 5. He went into the family business — his Russian-born father, great-grandfather and great-great-grandfather had been rabbis, as were his three brothers. Mason became a cantor at 18 and a rabbi at 25.

Getting considerable laughter during his sermons, he began working the Catskill circuit as a stand-up comic. In 1960, working Los Angeles night clubs he got his first TV shot, on Steve Allen’s “The Tonight Show.” After that his performance fee went from $300 a night to $5,000 and he was on his way to being what he likes to call “a national sensation.”

But in 1964 during an appearance on the “Ed Sullivan Show” he made a gesture at the host that the host took to be the upraised middle finger. Though film clips of the incident showed clearly that Mason did not make that common if crude gesture, Sullivan was incensed, referring to Mason in print as “an obscene person.”