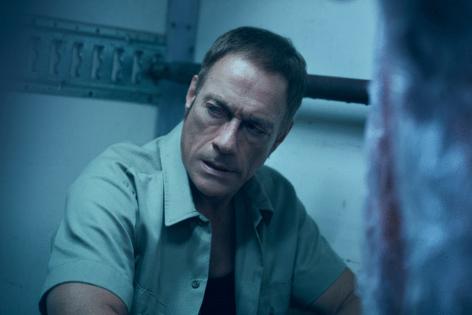 Ever since the jaw-dropping paradigm shift of 2009’s “JCVD,” viewers have been forced to re-evaluate Jean-Claude Van Damme, aka the “Muscles from Brussels.” That 2009 film riffed off Van Damme’s real-life tribulations (including drug addiction, divorce and career valleys) to craft an unexpectedly effective drama. Not to say he’s going to be playing Willy Loman anytime soon (though why not? “Death by a Salesman”?), but it’s possible those life experiences have deepened his work. And not to read too much into the new, often-silly action comedy “The Last Mercenary,” but the now-60-year-old has become a pleasure to watch.

In the French production, he plays Richard Brumere, a former top black ops guy who is now essentially a superhero for hire. The savvy, sometimes meta comedy introduces Richard in a classic Van Damme pose to get the fans cheering (later, Richard walks into a room with a "Bloodsport" poster on the wall and comments that its star — one Jean-Claude Van Damme — is a "real man"). In a fair example of how the movie balances action with straight-up comedy, while Richard fights bad guys in the foreground in that first scene, there's some pretty funny physical comedy stumbling about in the background.

By the way, the trailer and one-sheet don't seem to be aware "Last Mercenary" is a comedy, but c'est la guerre.

Meanwhile, there's a "Scarface"-obsessed bad guy (Nassim Si Ahmed) getting away with crimes in broad daylight because he's identified as "Archibald Al Mahmoud," who apparently has some very special legal immunity. The real Archie (Samir Decazza) turns out to be Richard's estranged son, an unassuming slacker with none of the physical prowess of the father he never knew and no awareness of Richard's legendary feats of derring-do. When Richard learns his son's immunity has been canceled, he has to return to France from abroad to protect him as a larger, arms-dealing plot unfolds. Some hilarity does ensue.

The plot chugs along with no surprises, but that’s beside the point. While it’s not exactly a laugh riot, the film’s humor tends to land. The supporting cast amuses, especially Assa Sylla as no-nonsense friend Dalila and Alban Ivanov as bumbling, earnest bureaucrat Alexandre. Focused, fierce and funny Sylla, one of the stars of Celine Sciamma‘s acclaimed “Girlhood", looks like one to watch. Venerable stars such as Miou-Miou and Valerie Kaprisky also appear in small but important roles.

The action, at its best, touches the lower rung of the Jackie Chan ladder of elaborate set-piece wackiness. It’s enjoyable to see Van Damme still kicking derrière (though it may be a stunt double doing much of that kicking).

There’s an ease, a confidence in Van Damme’s screen presence now that lends itself beautifully to a Zohan-like, seemingly infallible warrior who gets into absurd situations in easily penetrable disguises. The veteran performer looks like he’s having a whale of a time going from this moustache to that wig or this dress, which makes the gags all the more amusing.

If you're looking for light, silly action fun, you could do worse than "The Last Mercenary."

In French with English subtitles

Where to watch: Now streaming on Netflix