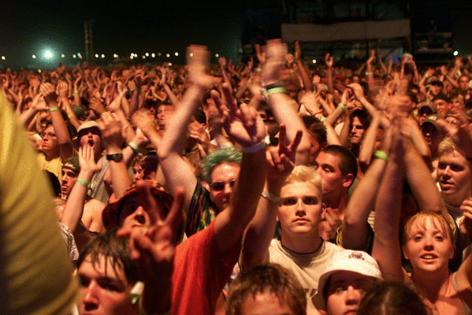 I remember Willie Nelson singing beautiful gospel songs to the very unwashed masses on Sunday. I remember Bootsy Clinton reuniting with George Clinton for a thrilling P-Funk set. I remember Rage Against the Machine sparking what seemed like the biggest mosh pit ever on planet Earth.

I even recall Alanis Morissette bringing some much-needed serenity and feminism. Granted, as one of only three female acts the entire weekend, her set is pretty easy to remember.

Those are just some of the many fond memories I have from Woodstock '99. But you won't see much of the good stuff in a new HBO film about the clearly troubled but not entirely disastrous festival.

It was a mess, to be sure. After watching the film, though, I had to wonder: Was it really that bad? Why do I actually remember having something of a good time there?

Admittedly, I had two advantages that made it easier to enjoy the three-day meltdown at a decommissioned Air Force base in upstate New York: I was working press, and I wasn't a woman.

The aggressively sexual and sometimes just plain rape-y atmosphere toward female attendees at Woodstock '99 definitely was a scourge on the festival, and a stain on '90s pop culture as a whole. (More on this later, but please know for now that in no way am I discounting how disturbing this scenario was.)

Covering the event for the Austin American-Statesman — Willie provided my hometown angle in this case — I was lucky to have media credentials. It meant I could pitch my tent next to the press-area parking lot instead of being crammed into the campgrounds.

I'd hardly call it VIP camping. The cheapest campsites at modern-day Coachella are more plush than this setup. But we were able to use our car to run into the nearby town of Rome for a real breakfast instead of spending $12 on a small cardboard cheese pizza.

Still, I was in the thick of it for most of the fest. And by "thick," I mean the fields of mud and random streams of murky water conspicuously close to the underserved port-a-potties. Yes, it really was as gross in person as on screen.