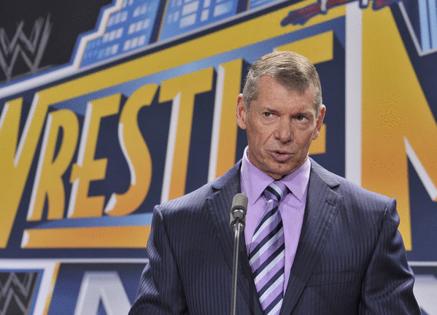 The WWE boss is collaborating with Blumhouse Television for a limited scripted series about the steroid trial of the 1990s that threatened to crumble an empire, the company announced Monday.

“The United States of America Vs. Vince McMahon” will cover the scandalous affair, which saw McMahon stand trial for illegal steroid distribution after being indicted in the Eastern District of New York in 1993.

According to prosecutors, McMahon had frequently and consistently supplied anabolic steroids to his wrestlers at WWF, which was what the WWE was called then, provided by Pennsylvania doctor George Zahorian.

Zahorian, who was about to be convicted of a dozen counts of illegally distributing drugs, leaked the names of his celebrity clients, including superstars Hulk Hogan and Roddy Piper, then turned on McMahon himself.

McMahon was eventually acquitted on all charges and the sordid tale was hastily forgotten by WWE, except for a brief callback by his daughter, Stephanie McMahon, when she compared the trial to Sept. 11 just days after the attacks.

“We have a dramatic, riveting saga — one that’s crazier than fiction — that will appeal to the cross-section of Blumhouse and WWE fans,” Blumhouse Television President Chris McCumber said in a statement.

“The United States of America Vs. Vince McMahon” will be the first scripted portrayal of McMahon, who has spent a career trying to manage his own public image.