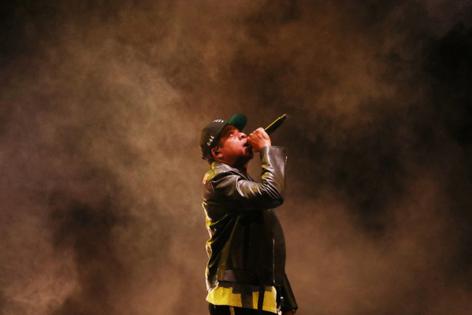 Jay-Z is knocking a New York photographer for allegedly “exploiting” his image after the two men worked together on photo shoots back when the Roc-A-Fella Records founder was a Brooklyn teen on the cusp of superstardom.

The “Hard Knock Life” rapper filed a new lawsuit Tuesday claiming Jonathan Mannion is hawking his vintage photos of the music mogul for “thousands of dollars per copy” even though Jay-Z paid for the images and never consented to the sales.

According to the complaint, Mannion has even licensed the images to others without permission and “demanded that JAY-Z pay him tens of millions of dollars to put an end” to the alleged exploitation when contacted by the rapper.

The lawsuit alleges that starting in 1996, Jay-Z hired Mannion to help him realize his “vision of himself as a rap artist,” particularly for his debut studio album, “Reasonable Doubt.”

Mannion began taking hundreds of photographs of Jay-Z under the deal, and the rapper and his record company used some of the images for “Reasonable Doubt” album covers while paying Mannion “tens of thousands of dollars for those uses,” the lawsuit states.

“Jay-Z never gave Mannion permission to resell any of the images. Nor did Jay-Z authorize Mannion to use his name, likeness, identity or persona for any purpose,” the 11-page complaint filed in federal court in Los Angeles and obtained by the Daily News states.

“Mannion has developed a highly-profitable business by selling copies of photographs of JAY-Z on (his) website and retail store, and by selling licenses to others to use Jay-Z’s image. Mannion has done so on the arrogant assumption that because he took those photographs, he can do with them as he pleases,” the filing alleges.

The new suit, filed by the high-powered law firm Quinn Emanuel Urquhart & Sullivan, is asking for real and punitive damages to be decided after a jury trial.

Mannion, meanwhile, claims he owns the images and has done nothing wrong.

“Mr. Mannion has created iconic images of Mr. Carter over the years, and is proud that these images have helped to define the artist that Jay-Z is today,” his lawyer Sarah Hsia said in an email to The News.

“Mr. Mannion has the utmost respect for Mr. Carter and his body of work, and expects that Mr. Carter would similarly respect the rights of artists and creators who have helped him achieve the heights to which he has ascended,” she said.

“We are confident that the First Amendment protects Mr. Mannion’s right to sell fine art prints of his copyrighted works, and will review the complaint and respond in due course,” she wrote.