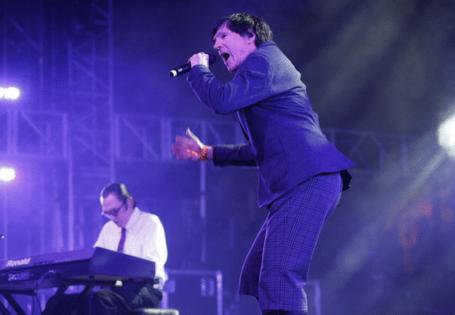 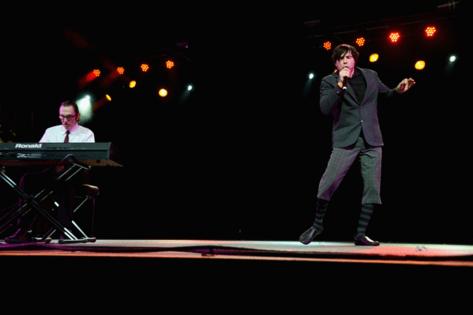 Near the end of Edgar Wright's delightful documentary "The Sparks Brothers," a loving, lighthearted tribute to the 50-plus years that brothers Ron and Russell Mael have spent making some of the best music you've probably never heard, Amy Sherman-Palladino comes on and starts talking about the brothers' mystique, saying that they've given us the music and that's all we need.

And it hits me for the first time: I've spent more than two hours watching a documentary that has revealed little to nothing about its subjects' personal lives … and I don't care! I don't need to know whether Ron and Russell have ever been married. (As of 2008, apparently not.) I don't need Ron to expound whether he was jealous when Russell got all the girls, including, briefly, Jane Wiedlin of the Go-Go's. (If you've never heard their song, "Cool Places," this movie will introduce you to it and also the easy-to-emulate dance moves that Molly Ringwald used years later in "The Breakfast Club.") How did Ron feel about all those Hitler mustache comments? Did Russell want him to shave it off? Uncharted territory.

What Wright does explore, in detail, is the band's musical legacy, 25 (mostly) glorious albums ranging from art-pop to anti-pop, synth-powered dance-pop, glam bubblegum, new wave and odd orchestral, the only constants being a skewed wit and constant reinvention. If you listen closely, you learn enough about the brothers Mael, picking up hints of loneliness amid the focused ambition that has produced one of the most interesting and influential careers in pop music.

Wright tells Sparks' story with the same energetic style he employed in narrative films such as "Baby Driver" and "Scott Pilgrim vs. the World," using all manner of techniques — stop motion and 2D animation, reenactments and stylish, black-and-white interview segments with the Maels, along with a trove of similarly shot testimonials from fans like Sherman-Palladino, Flea, Beck and Neil Gaiman — to keep the band's history zipping along. Wright appears, identifying himself as "fanboy," which made me laugh, as I seem to remember Wright telling an interviewer that his agent wasn't particularly happy that he was devoting a couple of years of his career making a documentary about a cult band.

But that's the kind of passion Sparks brings out. It helps that the brothers have an appreciation of cinema and know the value of a good image. In clip after clip, Russell, the Cute Sparks, ping-pongs across the stage, jaunty and joyful, while Ron mostly sits fixed at his keyboard, glaring into the camera. (Nobody has a better scowl, partly because it's clear Ron's in on the joke.)

Wright begins the story with the brothers' Los Angeles roots (they grew up in Pacific Palisades and cite AM radio, specifically 93 KHJ, the Boss Radio, heard throughout Quentin Tarantino's "Once Upon a Time … in Hollywood," as influencing their eclectic taste) and then marches through every album they've recorded. Does that sound exhausting rather than exhaustive? (Or both?) It isn't, thanks to the cleverness of the filmmaking and the quality of the interviews. (Giorgio Moroder, producer of my favorite Sparks album, "No. 1 in Heaven," is among the luminaries. Find the official video: Even in paradise, Ron is perturbed.)

If you care about Sparks, this movie is heaven, a long-overdue answer to the group's 1994 song "When Do I Get to Sing 'My Way.'" (With this doc, Ron and Russell have to feel, at least a little bit, "like Sinatra felt.") If you don't know about Sparks, Wright has created an introduction that gleefully demolishes any barrier you might think you have toward their music. And if you think you don't care about Sparks, do know that later this year, there's a movie called "Annette," featuring an original story, music and songs by the band. It stars Adam Driver and Marion Cotillard and will open the Cannes Film Festival next month.

So, yeah, not a bad time to get up to speed on Sparks.

Walt Disney Co.’s “Jungle Cruise,” based on a theme-park ride, opened as the top film in North American theaters, collecting a higher-than-expected $34 million sales in a still-tough climate for the nation’s movie ...Read More