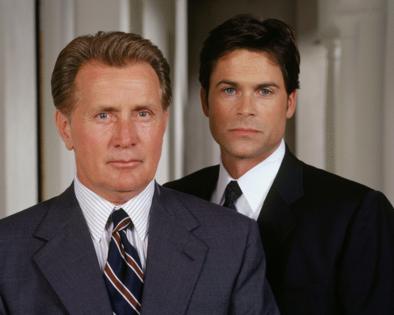 “‘The West Wing’ ... was just one of the great things that ever happened to me, and couldn’t have happened at a better time, really,” Sheen, 80, told the Daily News this month while promoting his upcoming film, “12 Mighty Orphans.”

The “Grace and Frankie” actor earned five Emmy nominations for his work on “The West Wing,” which ran from 1999 to 2006.

The beloved series centered on the fictional Bartlet administration and his senior staff, played by the likes of Allison Janney, Rob Lowe, Bradley Whitford and Richard Schiff, to name a few.

“The influence that that work has had, not just [on] me, but the whole ensemble, [creator] Aaron Sorkin, [executive producer and primary director] Tommy Schlamme and [executive producer] John Wells, the whole production team, and all the players. We created a family,” said Sheen.

Janney told The News in 2019 she believed that, “In some ways people want [’The West Wing’] more than ever now.

“People are longing for it,” the Oscar-winning “I, Tonya” actress continued. “People will ... come up and say, ‘My God. Oh God, we need Jed Bartlet right now. We need those ‘West Wing’ characters because they ... had such great moral compasses and such integrity and such care and concern and respect for everyone. Even those that crossed the aisle from them.”

Asked if he agrees with his former co-star, Sheen said, “Very much so.

“We’re still dealing with [the last administration] deep in our throats and we’ve got to clear our throats and refocus on what it means to be a human being first and a citizen second, and a member of a responsible community third,” he said. “It’s time to get back to our humanity, our compassion, our humor, which we have been deprived of those four dark years.”