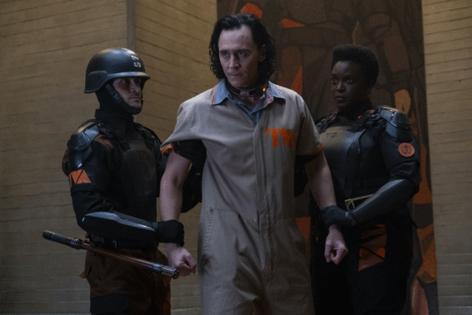 The third Disney+ original series from Marvel Studios, out now, "Loki" follows the titular God of Mischief after the events that took place during "The Avengers" (2012) as depicted in "Avengers: Endgame" (2019). If that sounds a little complicated, this guide is for you.

As Marvel Cinematic Universe faithful will recall, saving the day in "Endgame" involved the heroes going on a time heist to borrow Infinity Stones from various points in the past to use in the film's present. One of these attempts, which took the Avengers of the "Endgame" era to the "Avengers" time period, was unsuccessful and resulted in the Loki of "The Avengers" stealing one of the powerful stones and making his escape.

This Loki that escaped is the protagonist in the Disney+ show. Because he was plucked from the timeline, he is not the same Loki audiences saw in films the followed "The Avengers," such as "Thor: The Dark World" (2013) and "Thor: Ragnarok" (2017).

"The most important thing from a character standpoint was bringing this version of Loki up to speed on just what was the character growth that he was supposed to have in another version of his life, had he not been pulled in by the [Time Variance Authority]," "Loki" head writer Michael Waldron told the Los Angeles Times. "We felt that was really important because the audience had experienced that character growth with Loki and I didn't want to somehow invalidate that with this story."

Director Kate Herron said that the team, including Loki actor Tom Hiddleston, brainstormed to figure out which moments from his past would really capture the character's arc from the movies.

"I think something we all came to together was, obviously, Frigga, because she's his heart," she said. "I really wanted to show that he would want to reach out and touch his mum and stop [her death] from happening. And then he finds out he's, unfortunately, the one responsible."

Waldron also explained that for the premiere episode, it was important for the show to "establish the rules of time travel in a way that hopefully makes sense and can withstand a week's worth of scrutiny between each episode. And deliver those rules in an entertaining fashion that doesn't put the audience to sleep."

"The time travel that was created and discussed in 'Endgame,' that was our jumping-off point," said Waldron. "So everything we did had to line up logically with that and we just wanted to expand on it."

This included introducing new Marvel entities like the Time Variance Authority, which has its roots in Marvel's comics. Here's the backstory behind the new characters and organizations introduced in the first episode of "Loki."