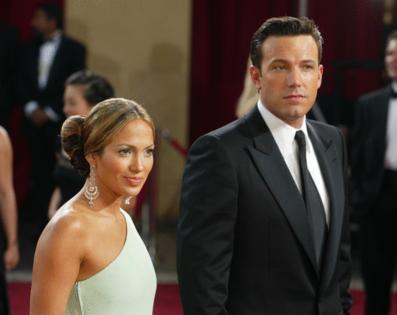 Many regrettable fads from the early aughts are back in style these days: cicadas, recall elections, low-rise jeans.

But the return of at least one phenomenon last seen during George W. Bush’s first term has been met with nearly unanimous glee: Bennifer.

After weeks of rumors about surreptitious meetings in a white SUV, the news broke Monday that Jennifer Lopez and Ben Affleck — the once white-hot couple and glittering tabloid spectacle known as Bennifer — had rekindled their romance after 17 years with a weeklong vacation in Montana. There were even photos to prove it.

The report prompted giddy squeals of joy, the likes of which have not been heard since that time Jennifer Aniston and Brad Pitt said hi to each other on Zoom.

Filmmaker Kevin Smith, who directed the couple in his film “Jersey Girl,” eagerly claimed credit for coining the Bennifer moniker, as if it were a lifesaving vaccine. Comedian Michelle Collins observed that after a few weeks back with Lopez, Affleck was “hot as s— again. I bet his phoenix back tattoo is slowly disappearing like the photo in ‘Back to the Future.’” Even Affleck’s old pal Matt Damon was forced to share his feelings about a possible reunion on “Today.”

“That would be awesome,” he said, deftly capturing the feelings of many.

The elation might be the weirdest thing about Bennifer 2.0. If you’d asked me — or just about anyone — how we felt about the couple’s highly dramatic, exhaustively chronicled relationship back in 2004, we would have said, “Ugh, make them go away.”

So why the collective change of heart?

It’s difficult now to comprehend just how ubiquitous Lopez and Affleck were during their whirlwind romance, which lasted less than two years but generated nearly as much media scrutiny as the case for war in Iraq.