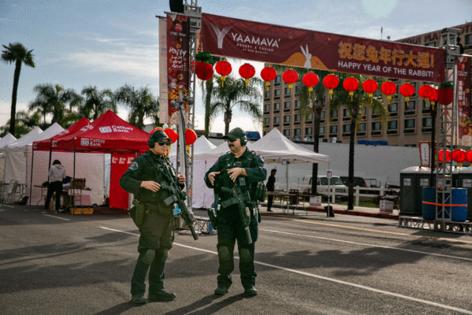 After a deadly wave of mass shootings in the United States last year — including one in Buffalo, New York, and another at a school in Uvalde, Texas — that collectively killed 31, California's Democratic-controlled Legislature responded by quickly passing more than a dozen laws meant to prevent gun violence in the Golden State.

Now, with California reeling from one mass shooting after another that claimed at least 24 lives in Monterey Park, Half Moon Bay and a Central Valley farming town, lawmakers are asking themselves once again what more they can do to stem the violence.

California already ranks among the states with the most restrictive gun control laws. And by some measures they are working: the state has among the lowest rates of gun deaths, according to the Centers for Disease Control and Prevention, and a report by the Public Policy Institute of California found the state had a lower rate of mass shootings than the national average.

"It's hard to say it's this law or that law in particular, but all of them working in concert together probably is what reduces our rates," Barnhorst said. "We have something in place for a lot of different scenarios, which is really important because ultimately the one thing that mass shooters have in common is their guns, but they're an increasingly diverse group and have a whole variety of motivations."

But California's aggressive laws can do only so much. Several recently passed state gun laws also have been eviscerated by the federal courts and, given the expansive interpretation of the constitutional right to bear arms by the current conservative majority of the Supreme Court, any new laws passed by California lawmakers could suffer a similar fate.

Gov. Gavin Newsom, who has made gun control a core tenet of his political identity, acknowledged the limits of state-level policy even as he defended California's record.

"But we can't do this alone. And with all due respect, we feel like we are," he said, calling out House Speaker Kevin McCarthy (R-Bakersfield) for saying "not one word" about the recent shootings.

Democrats in the California Legislature say they aren't waiting for federal action. They have a list of bills lined up this year that would bolster an already extensive list of rules restricting who can buy and sell firearms.