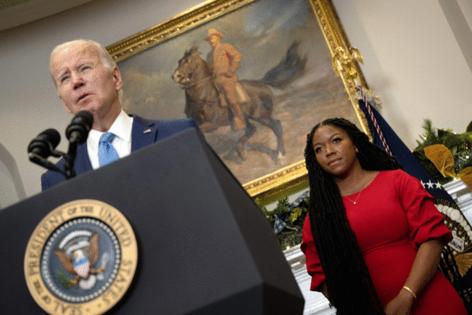 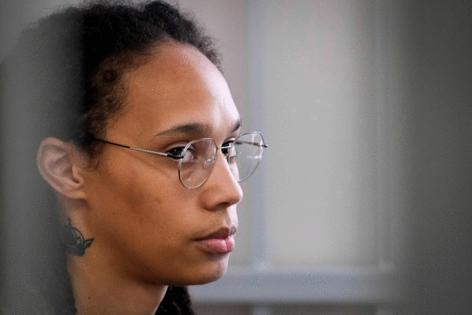 “She’s safe, she’s on a plane,” Biden said Thursday at the White House. “She’s on our way home after months of being unjustly detained in Russia, held under intolerable circumstances. Brittany will soon be back in the arms of her loved ones.”

Griner, 32, was exchanged in a one-to-one swap for Viktor Bout, a notorious arms dealer, according to a statement from Russia’s foreign ministry. The president didn’t mention Bout’s name in his remarks.

Biden spoke to Griner by phone Thursday morning from the Oval Office, in the company of her wife, Cherelle Griner.

Griner had been sentenced to nine years and moved to a penal colony last month. The Phoenix Mercury basketball star who played in Russia during the off-season pleaded guilty to drug smuggling in July after customs officials found vape cartridges containing cannabis oil in her luggage at a Moscow airport in February.

Paul Whelan, a former U.S. marine who is serving a 16-year sentence in Russia on spying charges that he denies, was not included in the exchange. One U.S. official said that Russia was unwilling to negotiate his inclusion, and so Biden had to choose between getting Griner back or no one.

“This was not a choice of which American to bring home,” Biden said. He said “Russia is treating Paul’s case differently” from Griner’s and promised Whelan’s family that his administration would continue negotiating for his release.

Russia’s foreign ministry said the U.S. had long refused to include Bout in negotiations for an exchange, but Russia held out and Washington ultimately relented, according to Tass.

The ministry confirmed the swap was for Bout and took place earlier Thursday at the Abu Dhabi airport in the United Arab Emirates.

Whelan’s father, David, said in a statement that the White House had alerted them in advance he would not be included in the swap.

“That early warning meant that our family has been able to mentally prepare for what is now a public disappointment for us. And a catastrophe for Paul,” he said.