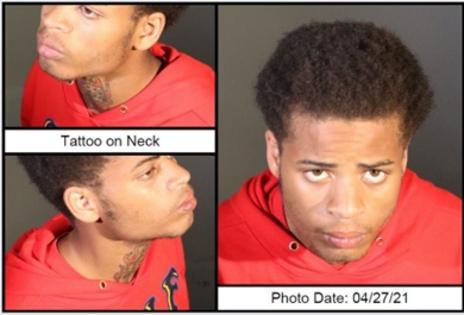 LOS ANGELES — The man who shot Lady Gaga's dogwalker during an attempt to steal the animals pleaded no contest to a charge of attempted murder Monday and was immediately sentenced to 21 years in prison.

James Howard Jackson, 20, was the triggerman in the shooting of Ryan Fischer on Feb. 25, 2021, as Fischer was walking Lady Gaga's three French bulldogs on Sierra Bonita Avenue in Hollywood.

Fischer fought back when two men tried to snatch the dogs, and was shot in the chest. The assailants took two of the dogs and escaped. Fischer has since been released from a hospital.

"The plea agreement holds Mr. Jackson accountable for perpetrating a coldhearted violent act and provides justice for our victim. The District Attorney's Office works to hold to account anyone who commits violent acts in our community," the Los Angeles County district attorney's office said in a statement.

In court, Fischer forgave the shooter.

"You shot me and left me to die, and both of our lives have changed forever," Fischer told Jackson, according to Rolling Stone. "I do forgive you. With the attack, you completely altered my life. I know I can't completely move on from the night you shot me until I said those words to you."

The dogs were returned to Lady Gaga days after the shooting.

Fischer was on the lam for months after he was mistakenly released from jail in April due to a clerical error. He was recaptured in August.

Another suspect in the case, Harold White, pleaded no contest to a count of being an ex-convict in possession of a firearm, prosecutors said. He will be sentenced in 2023.

Three other people were also arrested in connection with the shooting.