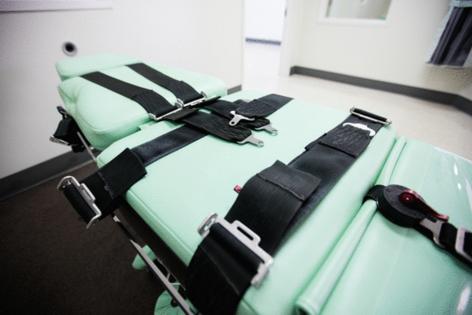 KANSAS CITY, Mo. — The state of Missouri carried out the execution of Kevin Johnson on Tuesday evening, The Associated Press reported.

The 37-year-old died by lethal injection.

The Kirkwood Police Department declined Tuesday to comment on the execution.

Johnson’s first trial ended in a hung jury. A second jury found him guilty and sentenced him to death.

In August, the Missouri Supreme Court set Nov. 29 as his execution date.

Johnson’s legal team, along with a special prosecutor, filed several motions in county, state and federal court in attempts to halt the execution. They argued that Johnson’s trial was “infected” by racial bias on the part of former St. Louis County prosecutor Robert McCulloch.

Early Monday, Johnson wrote an email to a Kansas Star reporter saying, “What I am so afraid of is leaving people behind.”

“I am unconditionally sorry for my actions.”

The Missouri Supreme Court rejected a motion to stay the execution late Monday.

Johnson’s 19-year-old daughter was not allowed to be at her father’s execution. Missouri law says witnesses must be at least 21 years old.

“We’re sending prayers and wishes for peace and healing to everybody who’s been affected by the horrific events,” special prosecutor E.E. Keenan said Tuesday.

Johnson is the second person executed in Missouri this year. On May 3, Carman Deck was executed after being convicted of a double murder. Two more Missouri executions are scheduled for early next year, according to the Death Penalty Information Center.