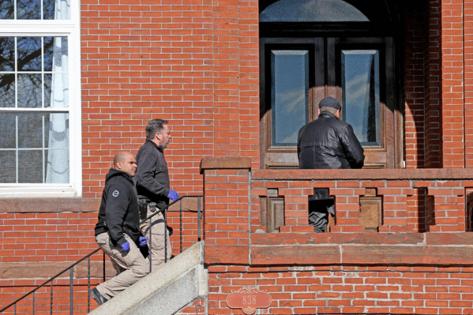 BOSTON — Police are now saying they found four dead babies in the South Boston house that drew a huge police presence and accompanying cascade of rumors earlier this month.

Police wrote in an update Monday night — in the sort of brief yet unsettling missive that’s become a hallmark of this case — that the state Office of the Medical Examiner has performed autopsies on two male and two female infants retrieved from the condo at 838 E. Broadway St.

The results of the autopsies remain pending, cops said, and little other information was immediately available other than the investigation into this gristly mystery continues.

Cops responded to the nine-unit old brick building in Southie’s quiet and upscale City Point area a week and a half ago for reports of multiple fetuses or infants in a freezer — a call that drew swarming officers and the news media descending on the block.

Boston Police that night only confirmed one fetus or infant found, though the next day, as homicide detectives now with search warrants continued to search the property and tape off the street next to it, they said “additional human remains” had been found. A source at the time told the Herald at least two babies appeared to have been found in a freezer.

The building in question is condoized into nine units. The one listed on the police report, valued in city property records in the $520,000 range that seems low for pricey Southie, has been owned by the same woman since the early 1980s. She’s now in her 60s, and no family members have been able to be reached for comment.