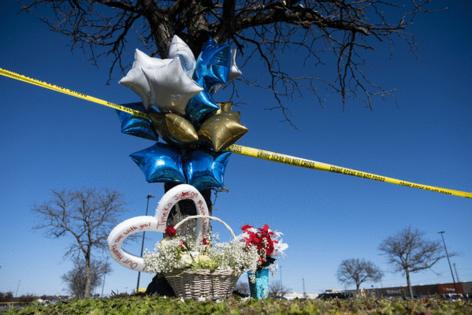 CHESAPEAKE, Va. — Police released a note Friday found on the phone of the gunman who shot and killed six people before killing himself at a Chesapeake Walmart earlier this week that speaks to his motives.

The rambling note found on the phone of the shooter, Andre Bing, said he felt “harassed” and “mocked” by associates at the Walmart on Sam’s Circle in Chesapeake. It also said he believed his phone had been hacked.

In the note, the shooter said his “true intent was never to murder anyone believe it or not.”

Police confirmed the gunman used a 9mm handgun, which had been purchased legally from a local store the day of the shooting. Police also reportedly found a box of ammunition and a receipt and other paperwork related to the handgun. The shooter had no criminal history.

Walmart confirmed the gunman was an overnight team lead at the store and had worked for the company since 2010.

Former and current co-workers had described a tense relationship with the shooter, one describing him as “always negative.”

Three victims and the shooter died at the scene. Three more victims were transported to local hospitals where they later succumbed to their injuries. Three others were hospitalized. Friday morning, police announced that two remained in area hospitals, one in critical condition and the other improving.