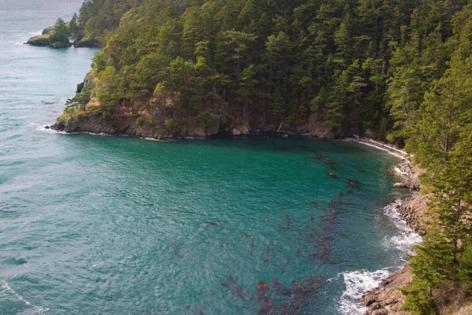 SEATTLE — Six of the 10 victims of the Whidbey Island floatplane crash have been recovered and five have been identified, Island County Emergency Management said Friday afternoon.

Deputy director Eric Brooks confirmed that four additional victims had been identified along with 29-year-old Gabby Hanna, whose body was found shortly after the Labor Day weekend crash in Mutiny Bay. Officials are analyzing the sixth to identify the victim.

Brooks didn’t publicly identify the victims and said the coroner would be meeting with victims’ families.

Meanwhile, officials are investigating whether human remains that washed ashore at Dungeness Spit nearly two weeks after the plane crash is the seventh victim.

Officials have examined fingerprints of a torso found by beachgoers, according to Clallam County Deputy Coroner Nathan Millett.

While officials have fingerprints from both the human remains and the identity of a tentative victim, the Washington State Patrol, the agency examining both sets of fingerprints, has not yet made a formal determination, Millett said.

Fingerprints were obtained from an intact hand and another set of fingerprints from the Automated Fingerprint Identification System.

The autopsy was delayed because the human remains had to be transferred out of Clallam County to a forensic pathologist in Thurston County, Millett said.