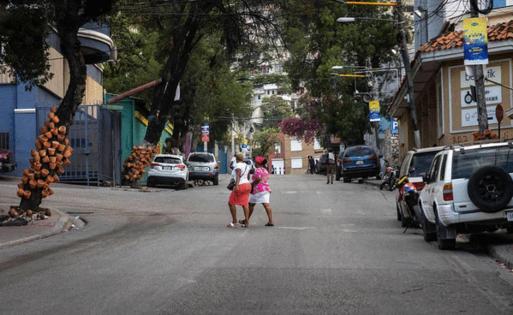 WASHINGTON — The United States is preparing to circulate a resolution at the U.N. Security Council on Monday that would establish a new framework for sanctioning Haiti’s gang leaders, and is not taking international intervention off the table as the country spirals into lawlessness, a senior State Department official told McClatchy.

Assistant Secretary of State for Western Hemisphere Affairs Brian A. Nichols said in an interview that gang leaders fueling Haiti’s worst security crisis in decades “are in the crosshairs, and their actions to destabilize Haiti will be met with international travel and financial sanctions.”

The Biden administration is hoping for swift passage of the resolution “in the coming days,” Nichols said.

“The resolution will create a United Nations framework to place sanctions on gang leaders, and those who support and facilitate and fund their activities,” he said. “Those sanctions would target their financial resources and ability to travel.”

The Haitian government has all but lost control over security in the Caribbean nation, and U.S. officials say the country reached a crisis not seen since the early 1990s.

On Friday, specialized teams of the Haiti National Police from Port-au-Prince were still trying to access a women’s prison just north of the capital after dozens of women escaped. Gangs blocked the police response by setting fire to a police substation and firing on cops. At the same time, a powerful gang leader — a former cop named Jimmy Cherizier, who goes by the moniker “Barbecue” — was holding more than 188,000 barrels of fuel hostage, blocking access in and out of the country’s largest fuel terminal.

“You will get access to the terminal when we die,” Cherizier said, directing comments to interim Prime Minister Ariel Henry while holding up an M-4 automatic weapon and standing amid the flaming barricade his gang coalition had erected in front of the Varreux fuel terminal.

Haiti’s neighbors have called for robust action from the United States and other permanent members of the Security Council. At least one, the Dominican Republic, has publicly requested a return of a multinational peacekeeping force, arguing that Haiti’s instability and rampant gang violence are increasingly becoming a threat to the region.

Such a move would require Haiti to once more go under what is known as Chapter 7, which is an article of the U.N. charter that enables the Security Council to deploy international forces in a peacekeeping mission. After 13 years, it was ended in Haiti in 2017 when the U.N. Security Council, pushed by the United States and others, finally withdrew its military and peacekeeping operations in Haiti.

If Haiti’s government asks for that assistance, “the international community would certainly consider such a request,” Nichols added.

In a highly anticipated announcement following a year of tumult on campus, the University of Florida said Thursday it has zeroed in on a national political figure to be its next president: Republican U.S. Sen. Ben Sasse of...Read More