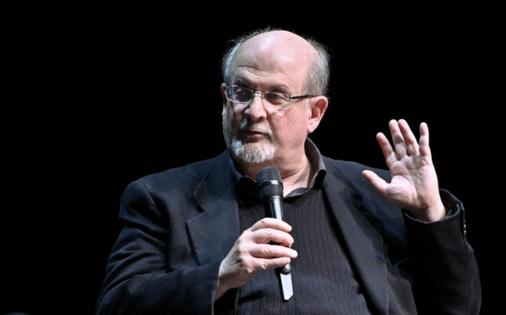 After Salman Rushdie was attacked as he began a lecture Friday in western New York, it was a potent reminder that an Islamic leader had issued a high-profile edict calling for the writer’s death in reaction to his 1988 novel “The Satanic Verses.”

But what exactly is a fatwa? And how might it be a factor in Friday’s stabbing, which took place in front of a 2,500-person audience?

Who is Salman Rushdie and what is his background?

Rushdie was born in India in June 1947 and grew up in Bombay before relocating to England for public boarding school and then university. He worked as an advertising copywriter for years, then published his first novel, “Grimus,” in 1975. He didn’t gain literary acclaim until his second book, “Midnight’s Children,” won the 1981 Booker Prize, the United Kingdom’s most prestigious literary award.

Speaking on PBS in 2006, he characterized himself as “a hard-line atheist.” The writer was knighted in 2007 by Britain’s Queen Elizabeth for services to literature. To date, he has written 14 novels, most recently 2019’s “Quichotte.”

Rushdie has been married four times, most recently to “Top Chef” host Padma Lakshmi from 2004 to 2007. He has two sons — one with his first wife Clarissa Luard and another with his third wife Elizabeth West. His second wife was American author Marianne Wiggins.

What is a fatwa?

In simple terms, a fatwa is a decree from an Islamic religious leader. In Rushdie’s case, Iran’s Ayatollah Ruhollah Khomeini condemned “The Satanic Verses” as blasphemy in February 1989 and called for the writer’s death. Partly because the situation was so high-profile, “fatwa” and “death sentence” became linked in U.S. popular culture.