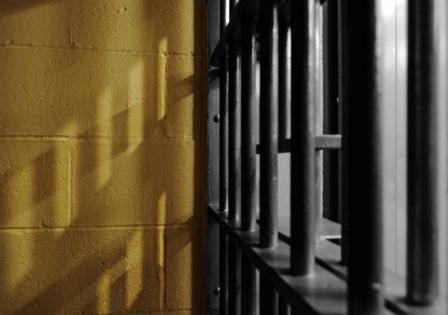 In 2014, the Great Falls, Montana, man was charged with assaulting two detention officers while he was in jail, accused of theft. A mental health evaluation concluded that Fowler, who has been diagnosed with schizophrenia, was unfit to stand trial, according to court documents. After Fowler received psychiatric treatment for several months, a judge ruled that he was unlikely to become competent anytime soon. His case was dismissed, and after a stay in the state-run psychiatric hospital, he was released.

Roughly eight months after the dismissal, Fowler was arrested again, accused of beating a stranger with a metal pipe. As before, he was found unfit for trial, the charges were dropped, and he was eventually released.

At least five times from 2014 through 2021, Fowler went through the same cycle: He was picked up on serious charges, mental health professionals declared him incompetent, and his case was dismissed. Fowler declined to be interviewed for this article. As of July, he hadn’t faced felony charges for more than a year.

In the U.S., criminal proceedings are halted if a defendant is determined to be incompetent. What happens after that varies from state to state. No one is tracking how often criminal charges are dismissed because defendants’ mental illness prevents them from understanding the court process to help in their defense.

Some states have policies to transition hospitalized patients to independence after their criminal charges have been dropped. But in others, such as Montana, there are few landing spots for such patients outside of jail or a hospital to aid in that transition. Health professionals, county attorneys, and criminal defendants have said people declared unfit for trial may have a short stay in a psychiatric hospital before being released without additional oversight.

The vast majority of people with a chronic mental illness aren’t violent, and they are far more likely to be victims of crime than the general population. Plus, health professionals say most defendants who are determined to be incompetent become stable enough through treatment for their case to continue.

Some never do. The criminal justice system has long been a revolving door for defendants with a mental illness. The national nonprofit Treatment Advocacy Center, which advocates to make treatment for a severe mental illness more accessible, found that as of 2017, 21 states made little-to-no effort to create programs that treat those defendants. That failure leaves individuals without stability, and some go on to hurt themselves or others.

“They’re receiving only emergency care, followed by no care,” said Lisa Dailey, the center’s executive director. She added that people go untreated until they face new charges: “You’re creating a system that requires a victim.”

Dr. Karen B. Rosenbaum, a forensic psychiatrist and a vice president of the American Academy of Psychiatry and the Law, said experiences like Fowler’s show a system that fails people who have been released from psychiatric care. “There should be a lot of steps before you go back to the community,” Rosenbaum said.