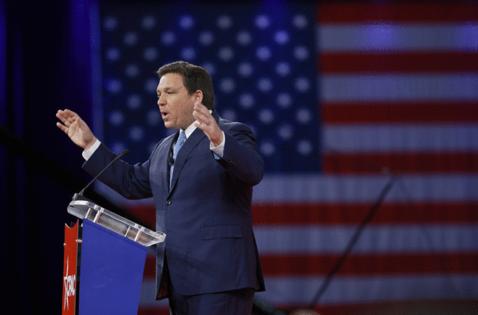 Few fronts in America’s heated culture wars have been more active recently than the fight over sexuality and gender identity.

And few politicians have been as willing to charge into battle as Ron DeSantis.

Over the last year or so, Florida’s Republican governor has signed a bill blocking transgender female athletes from participating in scholastic women’s sports. He’s gone toe-to-toe with Disney over his support of a new law banning the teaching of sexuality and gender identity in public schools from kindergarten through third grade.

Last week, his administration moved to strip a Miami bar of its liquor license over the presence of a young child at a risqué drag show held during weekend brunch.

And now his health department, in defiance of federal guidance, is seeking to prohibit gender-affirming care for youths, including surgery and puberty blockers.

Critics, including those in the LGBTQ community, criticize the governor as a bully picking on a vulnerable minority group. DeSantis frames his positions as a response to a movement on the left to rethink gender and sexuality and promote those views to children.

“To the extent that sexual topics and gender identity are being injected into the education of — or marketed towards — children, the governor is standing up and pushing back,” said Bryan Griffin, spokesman for the governor.

But whether action or reaction, the governor has made gender and sexual identity key pillars in his platform as he runs for reelection and increasingly becomes the focus of 2024 speculation. And national conservatives — especially evangelical leaders — have noticed.

“He doesn’t wait, he recognizes a moment, and he speaks up,” said Penny Nance, CEO and president of the conservative group Concerned Women for America. “There are other governors that are good governors, but they don’t necessarily lead. But I think he has found his voice.”