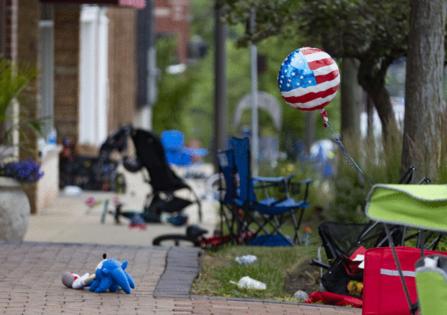 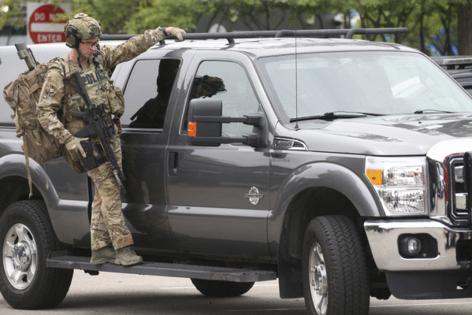 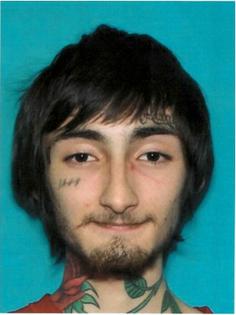 CHICAGO — The search for a 22-year-old man who authorities suspected of opening fire at the Highland Park Independence Day parade, killing at least six people and wounding more than two dozen others, ended Monday evening when he was taken into custody on the North Shore.

The arrest of Robert “Bobby” Crimo III came about eight hours after the mass shooting, which stunned the Chicago area and country as it celebrated the Fourth of July.

Late in the afternoon Monday, Highland Park police Chief Lou Jogmen had identified Crimo as the person of interest, saying he was believed to be driving a 2010 silver Honda Fit.

Crimo was spotted by North Chicago police near U.S. Highway 41 and Buckley Road. An officer tried to stop Crimo, but he briefly fled before being stopped, Jogmen said.

More than 100 law enforcement agencies had helped throughout the day to search for the suspect after he opened fire from a rooftop along the parade route. The police dragnet had started with a perimeter around the core of Highland Park, gradually spreading to include police activity in nearby neighborhoods and finally other suburbs.

Crimo was described as a longtime resident of the suburb who posted online videos under the moniker “The Awake Rapper.”

An archive of 17 YouTube videos apparently belonging to Crimo alternates between wholesome and foreboding.

In one video, a teen who looks like Crimo happily skateboards and roughhouses with his pals. Another captures what appears to be a police-escorted government motorcade leaving an airport before a man who appears to be Crimo swivels the camera to his tattooed face.

A black-and-white video, taken with a selfie stick, shows a glum figure that looks like Crimo walking through a neighborhood. In another, a newspaper with a Lee Harvey Oswald headline can be seen over his shoulder.

The most chilling video is the final one in the series, uploaded eight months ago, which features footage of a young man in a bedroom and a classroom along with cartoons of a gunman and people being shot.