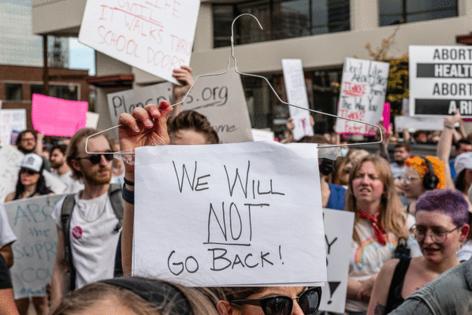 On Thursday, a Jefferson County Circuit Court judge issued a restraining order that temporarily blocks the state’s “trigger law” banning abortion from taking effect. That allowed abortions to resume while the case moves through the court system.

In response, Cameron went to the appeals court, seeking to block the restraining order. In a ruling Saturday, appeals court Judge Glenn Acree denied his request.

After the U.S. Supreme Court reversed the Roe v. Wade decision, EMW Women’s Surgical Center and Planned Parenthood, which provide abortions in Louisville, filed a lawsuit to try to stop Kentucky’s trigger law — also called the Human Life Protection Act — and the so-called Heartbeat Law — which effectively bans abortion after about six weeks into a pregnancy — from taking effect.

EMW resumed operations Friday, according to a spokesman for the American Civil Liberties Union of Kentucky.

The two providers are scheduled to appear before Jefferson Circuit Judge Mitch Perry Wednesday to argue why the law should be more permanently stopped.