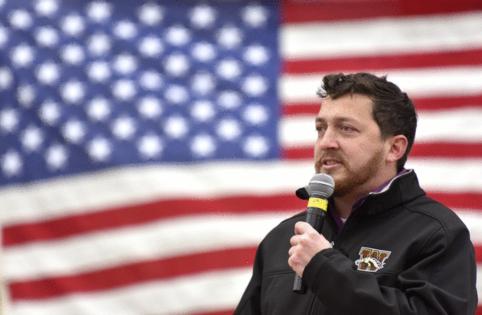 LANSING, Mich. — A Republican lawmaker has introduced a bill prohibiting abortion at all stages of pregnancy that would make the provision of an abortion equivalent to manslaughter, a 10-year felony carrying an up to $100,000 fine.

The bill, which would make an exception to save the life of a mother, would replace the state's more than century-old abortion ban, which the bill's sponsor, Rep. Steve Carra of Three Rivers, said was unlikely to stand up against pending court challenges.

Even if it were adopted by both chambers, Carra's bill is unlikely to survive an all-but inevitable veto from Gov. Gretchen Whitmer, who called the legislation "disturbing," "unsettling" and "infuriating" during a Wednesday appearance on NBC.

"It's going to be devastating for women, for our economy, for our ability to design our lives and make our own decisions," the Democratic governor said. "And so this is a really scary reminder of how high these stakes are."

Carra argued the proposed Protection at Conception Act will make the state's 1931 abortion ban "enforceable" should the U.S. Supreme Court overturn the landmark 1973 Roe decision in the coming days and return the decision on abortion to the states.

"This is the most comprehensive pro-life legislation introduced in Michigan and will be legally enforceable," Carra said in a statement Wednesday.

Michigan House Speaker Jason Wentworth, R-Farwell, has not reviewed the bill but will let the House Judiciary Committee "review it and make a recommendation like normal," said Gideon D'Assandro, a spokesman for Wentworth.

Right to Life of Michigan did not immediately responded to a request for comment on the legislation.

In the past, Right to Life of Michigan has defended the existing state law as ready to take full effect in the event Roe is overturned, but some prosecutors have questioned whether changes need to be made to clarify elements of the largely dormant law. A Court of Claims judge has stopped potential enforcement of the 1931 law with a preliminary injunction.

Carra's bill states that it would not criminalize a mother who undergoes an abortion procedure, nor would it ban contraceptives if administered "before the time when a pregnancy could be determined through conventional medical testing."