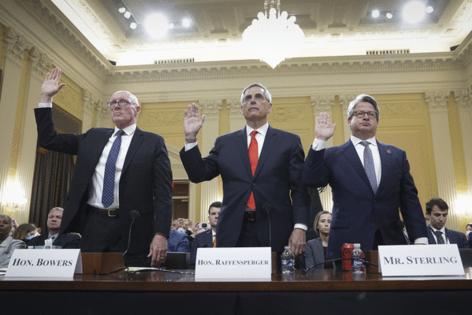 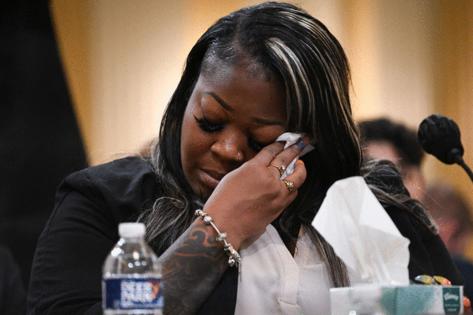 WASHINGTON — President Donald Trump and his allies engaged in a monthslong campaign to pressure state election officials in key swing states to help overturn the results of the 2020 election, leading to widespread threats and harassment, according to new testimony at Tuesday’s Jan. 6 committee hearing.

“Pressuring public servants into betraying their oath was a fundamental part of the playbook,” said committee Chairman Bennie Thompson, D-Miss. “A handful of election officials in several key states stood between Donald Trump and the upending of American democracy.”

State officials, including Rusty Bowers, the Republican speaker of the Arizona House of Representatives, testified that they received multiple phone calls from Trump, along with his lawyers Rudolph W. Giuliani, Jenna Ellis and John Eastman, urging him to decertify the results of the 2020 election and approve a slate of pro-Trump electors.

Bowers testified that on multiple occasions he told Trump and his aides that he would not do anything illegal to help the president.

“You are asking me to do something that is counter to my oath,” Bowers said he told the president.

Bowers said he asked Giuliani for proof of his allegations of voter fraud on “multiple occasions,” including the names of people who Giuliani alleged voted illegally, but said he never received such evidence.

Giuliani and Trump asked Bowers to hold an official legislative committee hearing to consider their evidence of voter fraud and take action. Bowers said he refused, stating that he did not want the “circus” of demonstrations happening at the Arizona Capitol and vote counting centers to come to the statehouse.

The most well-known example of Trump attempting to persuade an election official to overturn results in a state he lost is his Jan. 2, 2021, phone call with Georgia Secretary of State Brad Raffensperger, in which Raffensperger was asked to “find” 11,780 votes.

Joe Biden won the state by 11,799 votes. Raffensperger testified Tuesday that after the election his email and phone number were made public, his wife started getting “sexualized texts” and people broke into the home of his daughter-in-law, his son’s widow.