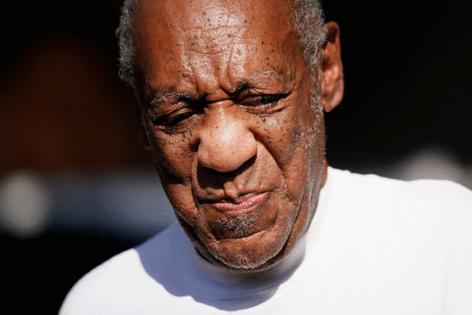 Bill Cosby is going back on trial for alleged sexual assault, nearly a year after he was released from prison on an overturned criminal conviction in a different case.

The disgraced comedian and actor is set to face a civil trial next month after California resident Judy Huth accused him of sexually assaulting her at the Playboy Mansion while she was a teenager in the mid-1970s.

The allegations first came to light in 2014 — years before the #MeToo movement— and are now seeing their day in court after setbacks related to the statute of limitations for reporting abuse and a shift in Huth’s recollection of when the alleged incident occurred.

Huth’s case is one of the last remaining civil lawsuits the once-beloved “Cosby Show” star faces after settling multimillion-dollar cases with at least eight women. Cosby, 84, has said he will not attend the latest civil proceedings, which will be held in Santa Monica.

Here’s what you need to know about the case before it begins.

Who is Judy Huth, and what does she say happened?

Huth, 64, is a Riverside County resident who said she met Cosby around 1975 while he was filming a movie in San Marino. Huth alleged Cosby invited her and a friend to a tennis club where he gave them drinks, before bringing them to the Playboy Mansion and telling them to say they were 19 if anyone asked.

Huth said that after she used the bathroom, she opened the door to find Cosby sitting on the bed. She alleged he then tried to put his hand down her pants, and grabbed her hand and made her perform a sexual act on him, Huth said.

What has Bill Cosby said?

Cosby has claimed innocence in this case and denied the allegations from all women (about 60 in total) who have accused him of rape and sexual assault, among other alleged crimes.

Huth initially alleged the assault happened in 1974 — when she was 15 — but later amended her account to say it happened in 1975, prompting Cosby’s legal team to ask for the case to be dismissed earlier this month.

Why did it take so long to go to court?

When Cosby was arrested in 2015 for alleged sex crimes, Huth’s and other civil cases were put on hold.

Two weeks after Huth filed suit, the Los Angeles District Attorney’s Office declined to charge Cosby, citing the statute of limitations. In 2019, however, a new California law extended the amount of time allowed for victims of childhood sexual abuse to file a lawsuit, in response to highly publicized allegations of abuse by Catholic priests and Larry Nassar, a former U.S. Olympics gymnastics team doctor.

Meanwhile, in 2015, Cosby was charged with drugging and assaulting another woman, Andrea Constand, in 2004. The trial began in June 2017, and after an initial mistrial, Cosby was convicted of sexual assault in 2018 and sentenced to three to 10 years.

Why was he released from prison?

Cosby appealed the conviction in the Constand case in 2019, saying the judge should not have allowed five additional women to testify that they drugged and assaulted him, among other complaints. The case eventually reached the Philadelphia Supreme Court, which overturned the conviction and freed Cosby on June 30, 2021.

In its decision, the court cited a “non-prosecution” agreement Cosby had made with former Montgomery County District Attorney Bruce Castor, after Constand initially came forward with her allegations. Castor had feared he would not succeed in the case without a Cosby confession, and agreed not to prosecute him so that Cosby could not use his Fifth Amendment right against self-incrimination.

Although there was no evidence the promise was put into writing, the agreement came before the case, meaning Cosby should not have legally been prosecuted in the first place.

Can he be sent back to prison if he’s found guilty?

No. Huff’s lawsuit is a civil case, not criminal. Because she is suing for unspecified damages, Cosby cannot be sent to prison even if he is found guilty.

When does the trial start?

Jury selection began May 24, and opening arguments are scheduled for June 1.