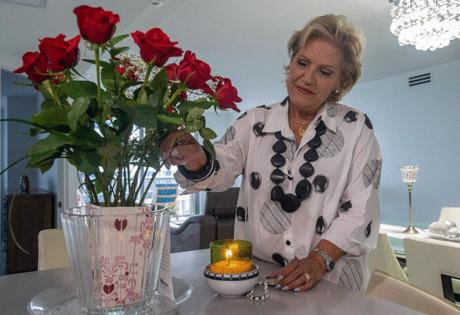 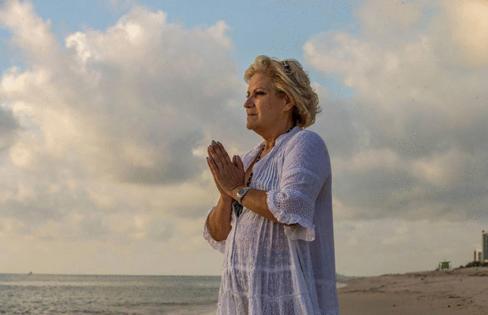 MIAMI — After escaping the Champlain Towers South moments before it collapsed last summer, Ileana Monteagudo says she has been trying to rebuild her life at age 65 with no savings and lingering anxiety from the Surfside disaster.

She expects to receive about $610,000 from an initial settlement that the 136 unit owners of the condo building agreed to in March as part of a class-action lawsuit. But after seeing the total settlement amount in the case grow last week to nearly $1 billion — largely reserved for family members of the 98 people who died in the collapse — Monteagudo said she wants a bigger share of the money to help her buy a house and move on with her life.

A group of about 50 unit owners in a letter last week asked the judge overseeing the case to reconsider the initial $83 million settlement.

“We are thrilled that the recent settlement for the wrongful death class exceeded everyone’s expectations, but precisely because of that, we believe that given the size of the settlement, it merits a reconsideration of the allocation settlement agreement as we too have been significantly hurt by this tragedy and need to rebuild our lives,” the unit owners wrote.

Miami-Dade Circuit Judge Michael Hanzman, who has been overseeing the case since the June 24 collapse, will hold a court hearing on the request on Tuesday.

The lawsuit — and the question of money — has been divisive, with some of the relatives of victims arguing that condo owners should not receive any money.

The preliminary $997 million settlement will largely go to the heirs of the victims who died in the collapse. Claims from surviving unit owners with physical injuries and psychological harm could also be part of that larger settlement.

Attorney Michael Goldberg, the court-appointed receiver for the Champlain Towers South condo association, filed a motion Monday requesting the hearing after receiving the letter. Goldberg told the Miami Herald that if approved, he doesn’t believe any additional money would be subtracted from the $997 million settlement but could be taken from other settlements, insurance proceeds and funds from the land sale.

In late March, Hanzman approved the $83 million property-loss settlement that would pay unit owners in proportion to the size of their units but less than what owners said their condos were worth. The money will be paid with $30 million in insurance coverage on the building and $53 million from the anticipated $120 million sale of the Champlain Towers South property at 8777 Collins Ave.

At the time, many unit owners said they were unhappy with the payout but felt pressured to take it for fear they would be sued under a Florida condo law that can make the owners liable if their building’s insurance can’t pay off a wrongful death or personal injury claim.

Monteagudo, who said she felt coerced into agreeing to the initial settlement, bought her two-bedroom condo at Champlain Towers for about $600,000 in late 2020, but she said the value of her oceanfront unit would be much higher today given the hot real estate market.

Monteagudo said she has a new fear of condo buildings and wants to buy a house. But she said she doesn’t think she can afford to with the money she will get from the settlement. She’s been renting in a Miami Beach condo building since the collapse but says she lives in fear that it may not be safe.

“We don’t want the millions that the families want, we just want a house,” she said. “And with that money we can’t buy it.”

China reduced quarantine times for inbound travelers by half, the biggest shift yet in a COVID-19 policy that has left the world’s second-largest economy isolated as it continues to try and eliminate the virus.

"Crash" director Paul Haggis, who's under house arrest in Italy after he was accused of assault this month, will head to New York City in the fall to begin a sexual assault trial stemming from separate allegations in a ...Read More