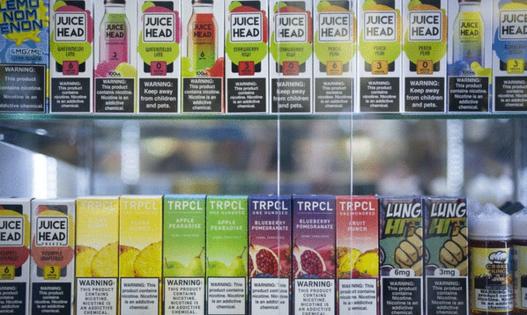 COLORADO SPRINGS, Colo. — After four months of heated debate, state senators on Tuesday killed a bill that seeks to ban the sale of flavored tobacco products in Colorado.

House Bill 1064, one of the most high-profile bills of the session, met an unceremonious end when the Senate Appropriations Committee voted, 5-2, to shut the bill down. The meeting featured no public comment and little debate, unlike the other six votes on the bill that saw hours of discussion and dozens of community members testifying in support and opposition to the measure.

Tuesday’s vote came after Gov. Jared Polis said he opposed the bill, spurring concerns of a veto. Though Polis said the issue is better left to local governments, the ban would have slashed funding for his new universal preschool program funded by state tobacco and nicotine taxes. Polis’ office declined to comment on the bill Tuesday.

“Contemplating this continued, intentional addiction of this year’s eighth graders to pay for the next year’s preschoolers is just plain wrong,” said Sen. Kevin Priola, R-Henderson, who sponsored the bill.

Sponsors of the bill said it intends to curb youth tobacco and nicotine use by prohibiting the sale of flavored products, such as vapes, e-cigarettes, menthol cigarettes and chewing tobacco beginning in 2024. The bill was changed to exempt hookah products, premium cigars and pipe tobacco.

In Colorado, 28.9% of high school students use electronic vapor products, such as vapes and e-cigarettes, according to the most recent Youth Risk Behavior Survey from 2019. Of tobacco users between 12 and 17 years old, 81% said they started by using flavored products and 79% said they use a product because it comes in flavors they like, according to a federal study.

“Our kids can’t wait. We’re in an epidemic right now,” said bill sponsor Sen. Rhonda Fields, D-Aurora. “Ignoring this process because we want to continue to tax this product when the end result is a dead body somewhere – that doesn’t sound appropriate to me.”

Though the bill passed the state House in a 35-27 vote last week, seven lawmakers ultimately decided the bill’s fate. Democrat Sens. Chris Hansen and Julie Gonzales voted in favor of the bill, while Republican Sens. John Cooke, Bob Rankin and Jerry Sonnenberg, as well as Democrat Sens. Rachel Zenzinger and Robert Rodriguez voted to kill it.

Opponents in the Appropriations Committee raised concerns about decreasing state revenue and specifically mentioned funding for the universal preschool program. The ban, as drafted, would have decreased state revenue by $37.1 million in 2022 and $38.6 million in 2023, according to state estimates.

The senators also said the ban would just lead to tobacco and nicotine users buying flavored products online or out of state, describing youth tobacco use as inevitable but improving.