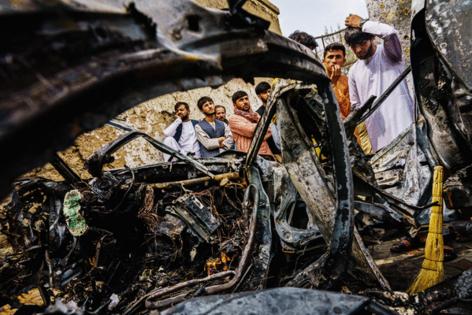 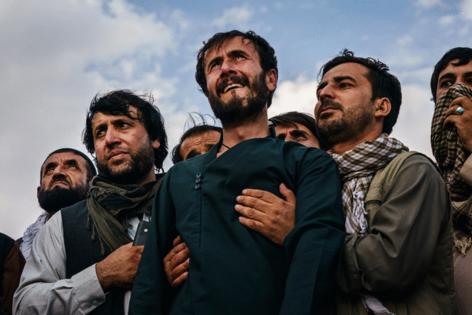 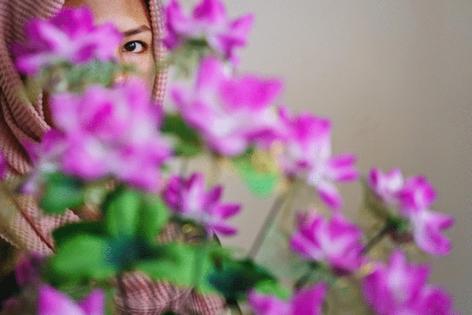 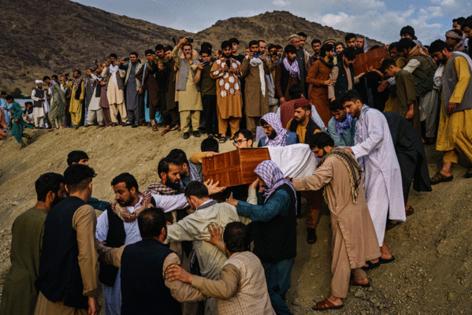 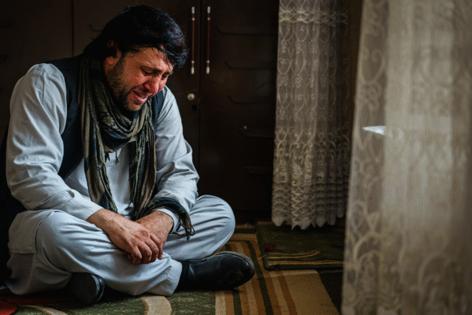 Los Angeles Times foreign correspondent and photographer Marcus Yam entered Afghanistan on the verge of the American withdrawal. He stayed for the next two months to document the Taliban’s swift takeover. Here are his reflections.

Aug. 14: I arrived in Afghanistan as the Taliban was advancing on the capital at an incredible pace.

A hired driver named Massoud picked me up at the Kabul airport on Aug. 14. We dropped my bags at a guesthouse and headed out to parks to interview Afghans who had fled fighting between government forces and the Taliban in the provinces. Men and women tugged at my shirt, grabbed my arm, held my hands. They wanted somebody to help them. As night fell over a makeshift camp, scared voices whispered over sleeping children.

Although I had landed only hours earlier, I realized I would be telling the story of a nation’s swift fall. It seems predictable in retrospect — the Taliban was tougher and more resolute than the American-backed Afghan forces. It controlled swaths of the country; it capitalized on fear. But it was still a startling reversal of fortune. The wisdom in early August was that it would take months for the Taliban to win. It took days. These are moments I witnessed from the inside as America’s longest war came to an end.

Aug. 15: Confusion swept Kabul. Massoud quit on me. He was frightened and needed to stay with his family. Town after town had already succumbed. And now the Taliban was entering the capital. I paired up with British journalist Suddaf Chaudry. We climbed into a taxi to navigate the day’s turmoil. Traffic and agitated nerves, people arguing, pointing fingers. Chaos. Afghan government soldiers — trained and funded by the U.S. — were in retreat.

A woman named Shakila Sarwari told me: “Today will be the end of our life.” I rushed to the Pakistani Embassy to secure a visa for an emergency exit. I, too, was trapped, and I had become one with the uncertainty around me. Reporters working for other Western news organizations were evacuating. One of them told me I should leave. I decided to stay. I wanted to know what would happen.

Cell towers were down. My company-issued phone stopped working. Stores shuttered in panic. I couldn’t purchase a local SIM card. I relied on strangers to let me use their Wi-Fi hot spot to send short messages to colleagues. As I was photographing the traffic and the madness, soldiers with guns drawn accosted me and tried to drag me across the street. They were terrified, but once they saw I was a foreign journalist they let me go and chased me away.

I headed to the top of Wazir Akbar Khan hill, where a large Afghanistan flag waved. I came upon Afghan soldiers at a guard post. One of them looked over the lights sparkling across Kabul. The American Embassy — its staff gone — sat empty in the distance. He sensed what was coming: “This is like a quick death,” he said. He had been a soldier for 10 years, but in the morning he would strip off his uniform and flee to his village in Badakhshan province.

Aug. 16: Afghan President Ashraf Ghani had escaped the capital. Government soldiers melted away. The Taliban was hours into its new rule. Its fighters flew black-and-white flags. They swarmed every intersection. Their eyes were bloodshot. Some sat in chairs, wielding various weapons. One of the fighters balanced a rocket-propelled grenade launcher on his two fingers as he passed time guarding an empty street. Another had a large, heavy machine gun with fewer than a dozen bullets. Others piled into the backs of pickups, making victory laps around the city.

Sun scorched the roads. The Taliban replaced the guards at the United Nations mission. Taliban fighters roamed outside the gates of our guesthouse. I was worried about our safety if they came knocking. Stores were still shuttered from the day before. No one knew what to do. No women were in sight that morning. They understood. Many of them remembered two decades earlier when the Taliban first ruled with brutality and an extremist interpretation of Islam. It was happening again.